Meet the Dahomey Amazons: The All-Female Warriors of West Africa 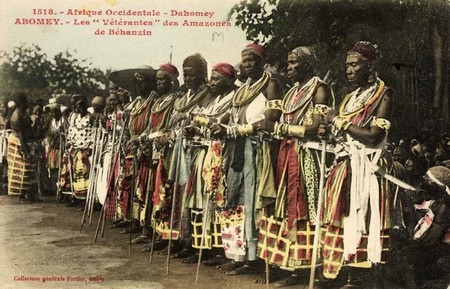 The Dahomey Amazons, also known as Mino (meaning ‘our mothers’ in Fon), were an all-female military army of the Republic of Benin which was known at the time as the Kingdom of Dahomey. The kingdom was largely made up of the Fon people, who were situated towards the south of the country sandwiched by Togo to the left and Nigeria to the right. The term ‘Amazons’ was derived from the Western observers due to their similarities in build to the Amazons in Greek mythology. Here’s everything you need to know.

How the Dahomey Amazons were formed

The exact period when the army was formed is unknown, although some historians attribute it to the 18th century, when French slaver Jean-Pierre Thibault described seeing groups of third-rank ahosi wives (who were deemed not beautiful enough to share a man’s bed or had not borne children), armed with long poles and acting as police.

By the time of King Houegbadja’s son, King Agaja, who reigned from 1708 – 1732, the Dahomey Amazons were established as bodyguards armed with muskets and were used as militia to defeat neighbouring kingdoms. Later, King Ghezo (ruling from 1818 – 1858) initiated this even further, placing great importance on the army by increasing its budget and formalizing its structure from ceremonial to a serious military entity. He did this by recruiting soldiers from foreign captives, although some were free Dahomean women. It is important to note that a number of the Amazon warriors became soldiers voluntarily, while others were involuntarily enrolled due to their husbands or fathers reporting about their behaviour. 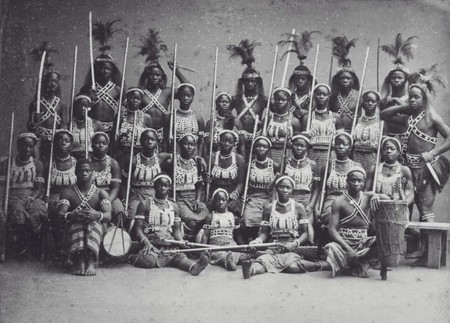 Life as a Dahomey Amazon warrior

The Dahomey Amazons were not allowed to have children or partake in any form of family life, as they were formally married to the King. As he didn’t have sexual relations with them, as a result, they remained celibate, although very few were given off in marriage to respected dignitaries of the kingdom.

The women enjoyed certain privileges like a good stock of tobacco and alcohol, and residing in the King’s palace after dark, which the men were not allowed to do. They also had as many as 50 slaves per soldier – accounts stated that when leaving the palace to the outside community, the soldiers usually had a slave in front of them, ringing a small bell which was to alert people of the Amazons approaching and for them to give way, bow and avert their eyes as they approached. The Amazons were celebrated in the region and successfully enabled the expansion of the Dahomey empire beyond its capital Abomey. They trained intensely, often in hand-to-hand combat amongst themselves. Discipline was very much emphasized as they learnt survival skills. Their indifference to pain and death was tested as part of the initiation process, storming acacia-thorn defences in military drills, including executing prisoners.

The end of the Amazons

By the 19th century, they had grown from a 600 female troop to around 6,000. Ehen King Béhanzin, the last king of the Dahomey was overthrown by the French in the Second Franco-Dahomean War, the Dahomey Warriors were defeated and disbanded as a result, thus reflecting their motto – “If soldiers go to war, they should conquer or die.”