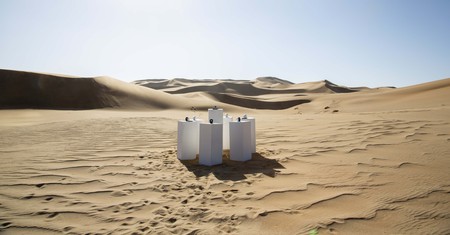 Namibian-German artist Max Siedentopf has created the ultimate tribute to ‘Africa’ by Toto – a sound installation that will play the hit song on an infinite loop in the Namib Desert.

One of the most-listened-to songs of all time will be played on eternal loop in the world’s oldest desert.

Namibian-German artist Max Siedentopf has set up an installation in an undisclosed spot in the 55 million-year-old Namib Desert made up of six speakers attached to a blue MP3 player that has just one song on it – Toto’s 1982 hit ‘Africa’.

The installation, which stands on top of white rectangular blocks in the sand, is powered by solar batteries, which means that the five-minute song will be played on an eternal loop.

Siedentopf, who claims he wants to “keep Toto going for all eternity”, says he created the installation as a tribute to the soft-rock classic. 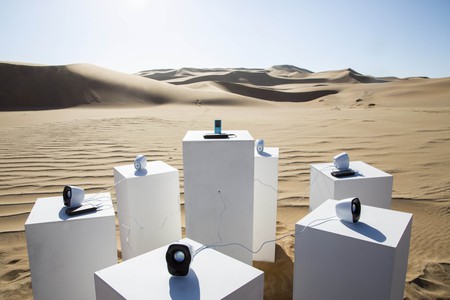 “[I] wanted to pay the song the ultimate homage and physically exhibit ‘Africa’ in Africa,” he told the BBC. “Some [Namibians] love it and some say it’s probably the worst sound installation ever. I think that’s a great compliment.”

The 27-year-old artist says he hopes the installation, named Toto Forever, will play for another 55 million years, although he added: “Most parts of the installation were chosen to be as durable as possible, but I’m sure the harsh environment of the desert will devour the installation eventually.”

The artist has not revealed the exact location of the installation. Instead, he has a map of the entire 1,200-mile Namib Desert circled in red on his website to indicate the “approximate location”.

The song featured on the band’s fourth studio album, Toto IV, and was described by drummer and co-writer Jeff Porcaro as being about “a white boy [who] is trying to write a song on Africa, but since he’s never been there, he can only tell what he’s seen on TV or remembers in the past.” 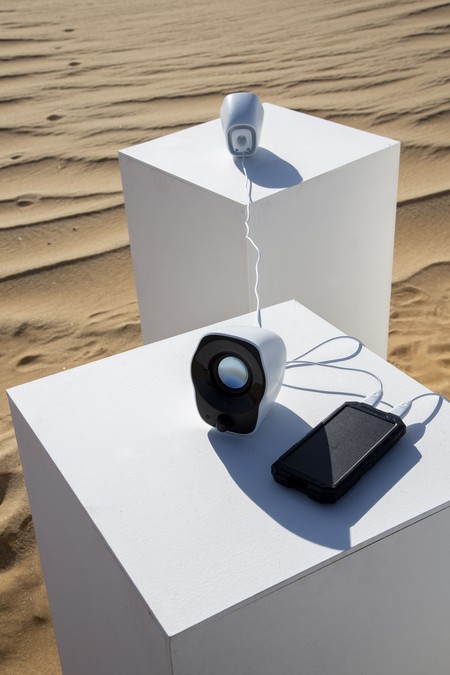 ‘Africa’ has since been certified quadruple platinum and was crowned the most streamed song in 2017. The video features the band, made up of Porcaro and David Paich, in a library as they perform and showcase different aspects of African culture. It has over 440 million views on YouTube.

The track has even received scientific backing about its excellence in an investigation by Gizmodo, which asked a number of people within the science community what the best song ever is.

David Poeppel, professor of psychology and neural science at New York University, told Gizmodo: “Actually, Toto turns out to be remarkably good and sophisticated according to musicians. Toto was a group of hardcore, highly respected studio musicians. They crafted those songs pretty carefully and were incredibly successful with those four albums. And musicians actually really love Toto.” 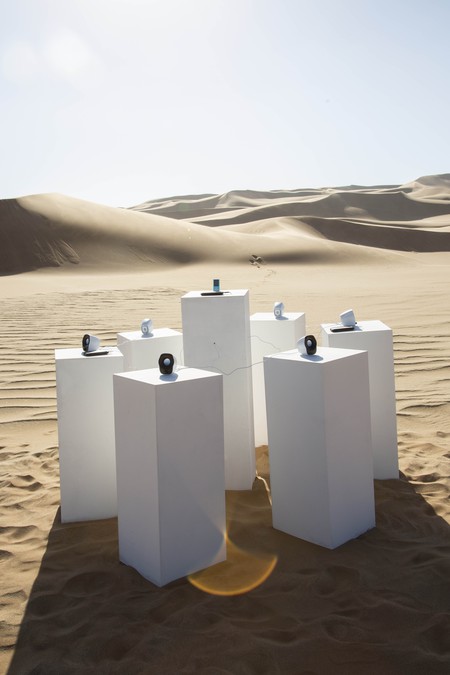