The East African Community comprises of five countries; Rwanda, Burundi, Kenya, Uganda and Tanzania. They all have their own national cuisine, but also share a variety of dishes across the region. We list the 10 tastiest delicacies to indulge in while visiting the area. 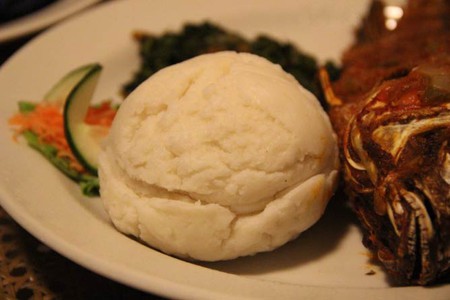 Made from maize flour which has been cooked with water until reaching a consistency similar to that of dough, the ugali is the most common staple food in the region. Ugali is traditionally eaten with the hands. Like flat bread in other countries, ugali can be used as a sort of ‘scoop’ to pick up meat and vegetables. When it is not dipped in a stew, it is dipped in a sauce.

What more can you ask for than a deliciously tender and meaty grilled fresh tilapia? Nothing if you’re a fish lover. Even though it can also be cooked in thick sauces, nothing beats the simple and mouthwatering grilled version. As the freshwater fish is quite big, two people can easily share a plate. The fish often comes accompanied by French fries and a little salad on the side. 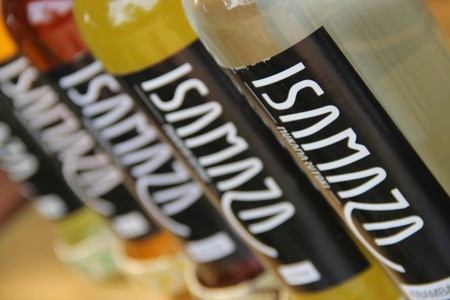 With a little touch of Rwandan flavor added to the highest quality alcohol imported from Europe, the Isamaza liqueurs are on their way to become the most popular drink in Rwanda and surrounding areas. This is a family run business aiming to show the world the potential of what can be produced locally. With a wide variety of flavours including passion fruit, almond, mango, coffee, and lemon, Isamaza drinks are delicious, drinkable and deceptively strong! 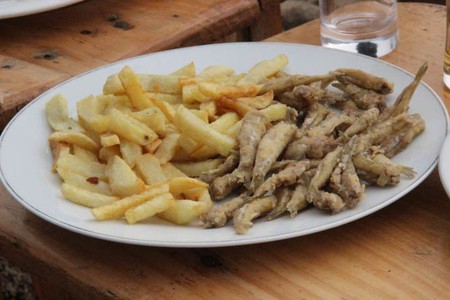 One of the favourite dishes of those who live around Lake Kivu, on the border of Rwanda and the Democratic Republic of the Congo, is the small sambaza fish. Often, it is deep fried and comes served on a plate with lemon, accompanied by French fries. The sambaza fish are a local delicacy and visitors coming to the area can never get enough of it. Indeed, a visit to Lake Kivu would not be complete without having tried this mouth-watering treat 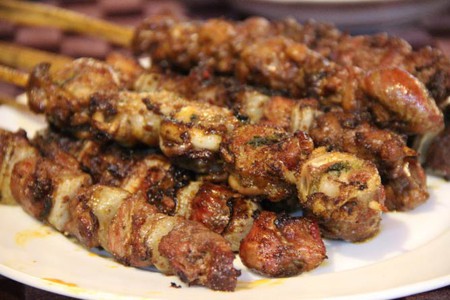 Whether at the side of the road, in a high-end restaurant, or in front of a nightclub at 3am, grilled meat brochettes can be found all around the region. Chicken, beef and goat meat cuts might be the most common options, but it is specifically the goat meat brochettes that remain a favorite with locals. They can be eaten at any time of the day, as a snack but also as a filling meal. Often, the tender and juicy meat cuts are served on a stick with a slice of onion separating the portions.

Sambusas, the fried triangle-shaped pastries with savory fillings, are a popular and tasty snack in the area. They often have spiced ground beef fillings, but vegetarian ones can be found too, with fillings such as lentils, spiced potatoes, and onions. In supermarkets, these delicious snacks can be bought both frozen, or already fried and ready to eat. Many restaurants also serve them as appetizers. 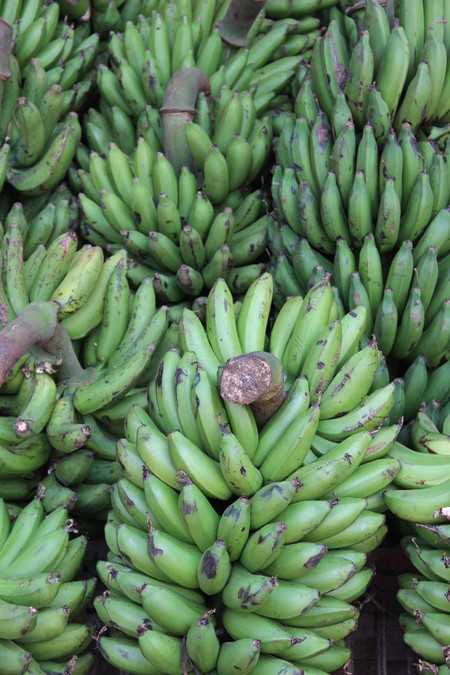 Matoke, sometimes referred to as Ebitookye, is a type of banana, commonly known as a cooking banana. These bananas are harvested green before being baked or steam cooked and pounded into various meals. In Uganda, one of their national dishes is the traditional Matoke, which is often served mashed.

In search of a leafy type of local vegetable with a strong flavor? Made out of mashed cassava leaves, also known as manioc leaves, isombe is the best bet. Together with the strongly flavoured greens, you’ll find onions and peppers used in the preparation, and sometimes aubergines and spinach. The ingredients are then cooked in a sauce flavoured with peanut butter and palm oil. Meat can be added in the preparation. Both versions are commonly eaten with white rice on the side. 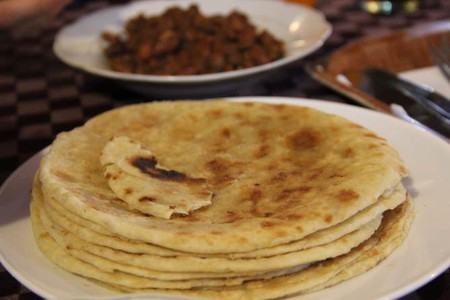 Chapati with beans I | © Sarine Arslanian

Images of India, Nepal, Bangladesh or Pakistan often come to mind when thinking about chapati, the unleavened flatbread that can accompany almost any dish. However, there is an East African variant made with all-purpose or white flour. This variant also uses oil or ghee to brush up the outer layers in order to make the edges crispy. These chapatis are widely available and are loved by many. Chapatis, together with a plate of some of the tastiest local beans, are a must try when in East Africa. It does not end there however; chapatis marry perfectly well with the delicious brochettes, stews and every other dish.

Mandazi, sometimes referred to as the Swahili Bun, are doughnut-like friend bread snacks, although less sweet and without frosting. They are one of the most popular dishes amongst the Swahili people living in the African Great Lakes region. They are often made in triangle shape, like sambusas, and sometimes in circle or oval form. Mandazis are usually eaten with fresh fruit juice or tea on the side in the morning, as a snack during the day, and sometimes as a dessert with extra cinnamon sugar after a meal. To make it even richer, different fruit dips are also used to add a new flavor dimension.