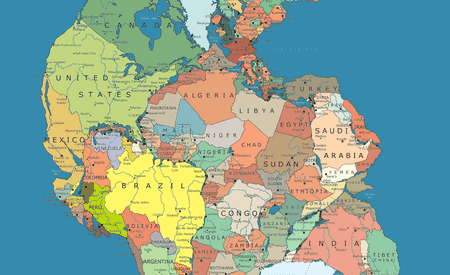 Most of us remember learning about Pangea in elementary school, the giant continent from which all our modern-day continents originally broke off. Well, this amazing map shows us what the world would look like if Pangea was still a reality.

Once upon a time, around 335 million years ago, there was a supercontinent called Pangea. In other words, all the land in the world was one giant mass surrounded by ocean. However, approximately 175 million years ago, this landmass began to break down, eventually forming the seven continents we have today. But what would the world look like now had that split never happened? 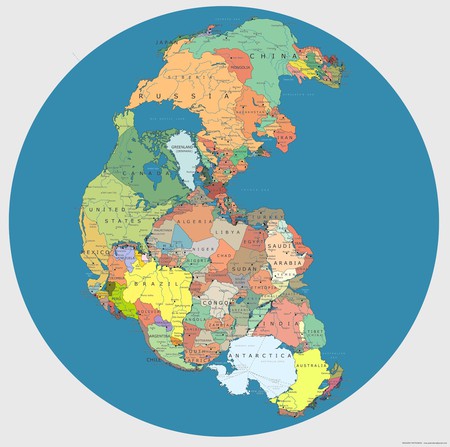 Artist and designer Massimo Pietrobon created the answer with his incredible map entitled Pangea Politica, which illustrates the world as it would be if our modern-day countries were all still sitting on one continent.

The result is a planet where the most unlikely pairs become neighbours – Antarctica and Australia, Russia and North America, Africa and the United States. Every country is connected, which makes the idea of conflict a lot more difficult to comprehend. This layout is not only cool to look at, but also a reminder of the fluidity of borders at a time when we need this message most.

In Pietrobon’s own words: ‘Joining the world into one piece of land represents a return to unity with the planet and within the human race, in spite of the divisions that make our rulers quite comfortable.’