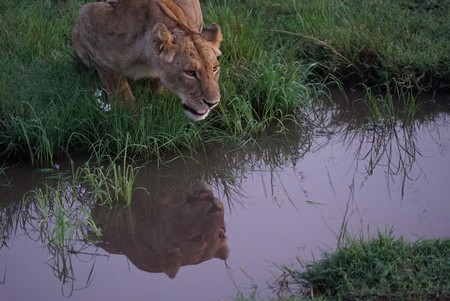 Groundbreaking technology was used to bring The Lion King (2019) to the big screen. The film-makers behind the movie explain how the real locations they used across the African savanna were vital to their telling of the timeless story. 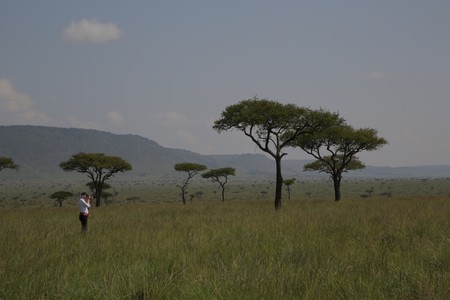 The grasslands of the Maasai Mara were a vital part of the backdrop to the film | James Chinlund / © 2019 Disney Enterprises, Inc, All Rights Reserved

Before the cast was assembled, the crew working on The Lion King were busy doing the research required to do justice to the remake of the 1994 animated movie. Director Jon Favreau had previously worked on The Jungle Book (2016) and had a similar vision in mind for The Lion King, although this time around, he would have to create an entirely computer-generated cast and sets.

Initial development included studying animals at Animal Kingdom in Florida, as well as sound research at Magdeburg Zoo in Germany, but production soon moved to Africa so that the crew could study the natural habitats of the movie’s stars.

Capturing the spirit of Africa in Kenya

“Jon Favreau sent us on this mission to Africa,” says producer Jeffrey Silver. “Our mission was to keep everything as natural as possible – the right species, the right colours of rocks, the light of a sunrise or sunset, the night sky, the right types of plants.” 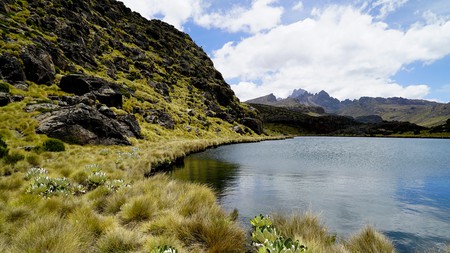 The first point of call was Kenya. Animation supervisor Andy Jones highlights how the different environments in the country played a part in what was seen on screen. “From Maasai Mara to Amboseli National Park to Samburu – they’re all varying terrains, different climates. It’s amazing how extreme the temperatures can be and how dry it is at times. The animals learn to cope with all of it and survive,” Jones says.

The Serengeti National Park, Chyulu Hills and Challenge Beach were all used for several scenes within the movie. Karuru Waterfall, the tallest waterfall in Kenya, enhanced the emotional scene in which Simba and Nala reunite.

The watchword was ‘authenticity’, with producers fully aware that a picture-perfect version of the terrain and landscapes were impossible to recreate on screen. It was also not what the project required.

“If you do a perfect digital movie, you’ve robbed the life out of it. We wanted to put that visual imperfection back in, the dust and the air, the sun flares, all that went into our cinematography in Africa on a test basis informed us as we created the film digitally,” Silver adds.

One of the other big challenges of the movie was the recreation of the African skies. 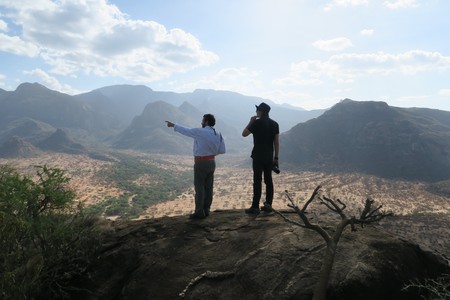 “They are so dynamic, changing second by second. There’s wind and the angle of the sun to consider, and it’s a bright equatorial sun. The atmosphere changes depending on the time of day,” says visual-effects supervisor Adam Valdez.

Kenya was the main source of inspiration for The Lion King, but the film also drew on other locations. An elephant graveyard covered in tufas (protruding limestone formations) is seen in the movie, and the spectacular Mono Lake in California was used for this sequence.

Ethiopia’s geothermal Dallol region was also to be used, but proved to be inaccessible due to the toxic nature of the gases that are released there. A suitable replacement was found in Yellowstone National Park in Wyoming, with extensive photography used to enhance the computer effects. 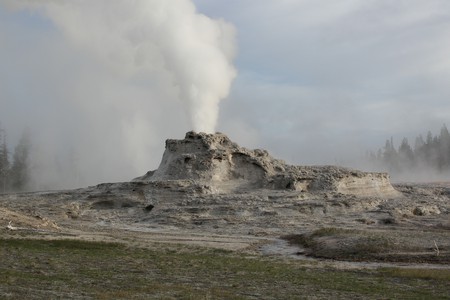 The elephant graveyard in the film was inspired by the geothermal landscapes of Dallol, Ethiopia | MPC / © 2019 Disney Enterprises, Inc, All Rights Reserved

One of the film’s most dramatic sequences is the ferocious wildebeest stampede, for which the crew used the sand dunes of the Sossusvlei in Namibia’s Namib Desert, as well as Kenya’s Turkana region.

According to visual-effects supervisor Rob Legato, there was something spiritual about visiting Africa. “You cannot walk away from a trip like this without some spiritual feeling about the cradle of all life.” 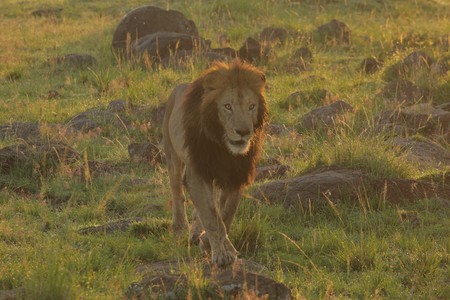 The Lion King is now available on digital download, DVD and Blu-ray.