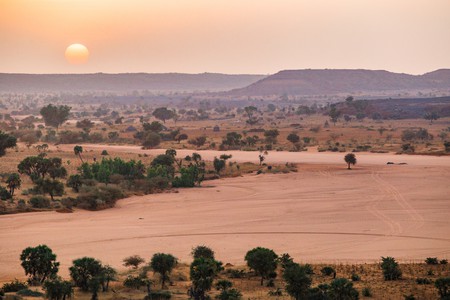 The Great Green Wall initiative is often talked about, but little understood. At its core, it’s a conservation project of epic scale designed to combat desertification and improve the lives of millions living in the Sahel. In reality, it’s a nebulous concept that faces many challenges. Looking specifically at Senegal as one of the project’s key contenders and the westernmost starting point of the entire wall, Culture Trip discovers the truth behind this ambitious initiative. 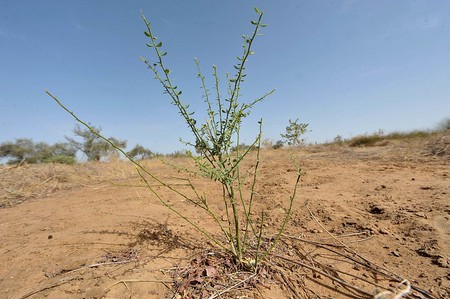 A large-scale plan to tackle a large-scale problem, the ‘Great Green Wall’ was originally envisioned as a continent-wide tree-planting project to limit the pernicious effects of Sahelian desertification. Stretching 7,775 kilometres (4,831 miles) from Senegal in the west to Djibouti in the east, this serpentine wall of trees with a width of 15 kilometres (nine miles) would form a natural barrier along the Sahara’s southern border and create the largest living structure in the world, three times bigger than the Great Barrier Reef.

However, since its launch in 2007, the idea has grown from a literal wall to a metaphorical one; a smorgasbord of ecological interventions that tackle more widely the social, environmental and economic challenges of those living in the Sahel and the continent. It is ambitious, forward-thinking, divisive and immeasurable, but, if done right, could improve the lives of millions. 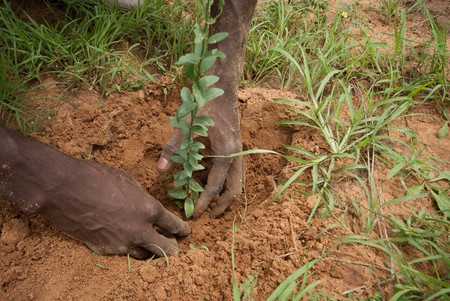 Why was the Great Green Wall launched?

In a word: desertification. Desertification was originally believed to be the ‘expansion of the desert’, but the United Nations Convention to Combat Desertification (UNCCD) now defines the word as “land degradation in arid, semi-arid and dry sub-humid areas resulting from various factors, including climatic variations and human activities”.

According to West African drought specialist Alex Orenstein, “A lot of people have the wrong idea of what desertification is. They picture advancing dunes, an army of sand coming from the north engulfing everything, but that’s not how it works. In fact, it’s pockets of land that get below average rainfall or the wrong kind of rainfall and over the years those areas dry out and sustain less and less flora.” 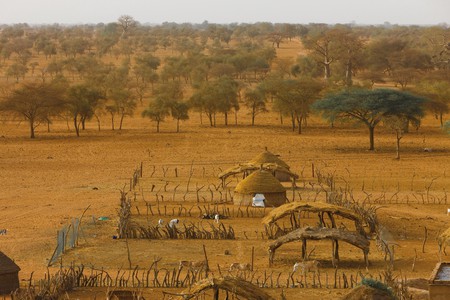 Desertification occurs when pockets of land get below average rainfall; over the years, those areas dry out | © SPANI Arnaud / hemis.fr / Getty Images

In an area where living is hard, desertification has made life even harder. Already one of the poorest places on earth, the Sahel’s changing landscape has a devastating domino effect on its 140 million-strong population: degraded land makes it impossible to grow crops or graze livestock; the inability to live off the land leads to community displacement and the mass migration of young people; the lack of economic prospects provides rich recruiting material for extremists. Action had to be taken.

The birth of the Great Green Wall

As the story goes, the idea of a tree barrier was first put forward at a meeting of sub-Saharan heads of state in 2005; five years later, the Panafrican Great Green Wall Agency was born. Originally involving 11 countries (Senegal, Mauritania, Mali, Burkina Faso, Niger, Nigeria, Chad, Sudan, Eritrea, Ethiopia and Djibouti), the wall was imagined as a snake-shaped green belt across Africa. Each country would devise and take ownership of its own programmes with funding support from the EU, African Union, World Bank and the UN. By 2030, they planned to have re-greened 100 million hectares (247 million acres) of degraded land, but as Orenstein points out, “You can’t just make a wall of trees.” 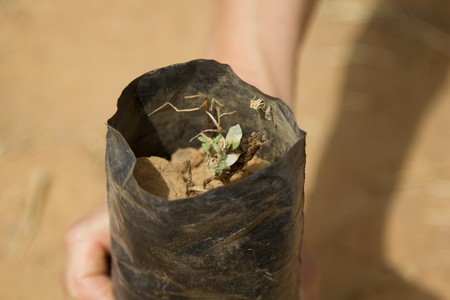 What is the Great Green Wall in reality?

The Louga region of northwest of Senegal lies to the south of the Senegal River valley, with its western half dominated by the Ferlo, an area of natural grasslands that once supported livestock, but is now classified as a desert.

“When I finished my studies in 1968, it was a forest,” explains Aliou Samba Ba, head of Senegal’s branch of the Réseau Billital Maroobé (RBM), a pastoralist network in West Africa. “There were hundreds and hundreds of animals and wildlife, but today, there is nothing.”

Water is the giver of life, but in Louga they are getting the wrong type of rain, or none at all. “We used to get 150mm each year, but this year, we’ve had nothing,” says Samba Ba, adding, “It’s also the wrong type of rain. It’s not spread over 20–30 days, but a few,” leading to run-offs and floods that don’t help the soil.

Louga, along with neighbouring Matam, is at the heart of Senegal’s Great Green Wall projects. El Hadji Goudiaby is the head of the Great Green Wall Agency’s base in Mbar Toubab, on Louga’s northern border. He coordinates the activities in the area and notes that the recent focus has been on “reforestation, school-based initiatives, the promotion of agricultural education and the struggle against malnutrition”.

This includes the creation of animal feed banks, which help “feed the livestock”, and multipurpose gardens “run by local women, that help fight against malnutrition and poverty”. In addition, the projects enable local kids to attend school instead of helping their parents, and they have created school gardens, so children “know their environment and grow up with an environmental mentality”.

In other countries, such as Niger, farmers are being taught new methods of forestry management, while young men in the migrant hub of Agadez are paid to re-green depleted land. However, as is the case across all participating countries, it can be hard to tell which projects are happening because of the Great Green Wall, and which are happening organically. 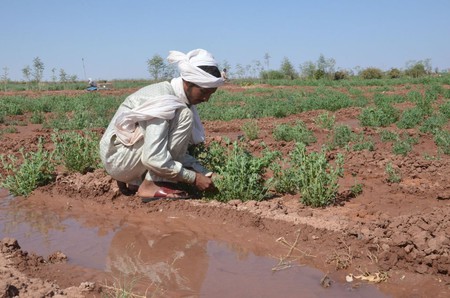 What has been the impact of the Great Green Wall?

This lack of clarity is just one of the reasons why the Great Green Wall’s impact is difficult to measure. Orenstein, who uses geographic information systems (GIS) to study the West African region, says, “It’s hard to say the benefits, as no one’s tracked them. It’s possible to measure by satellite, but that needs to be wide-scale enough to pick this up.”

One measure often used to highlight effectiveness is the number of trees planted. Senegal, for example, has planted more than 12 million trees, but it’s impossible to say how many of them have survived. 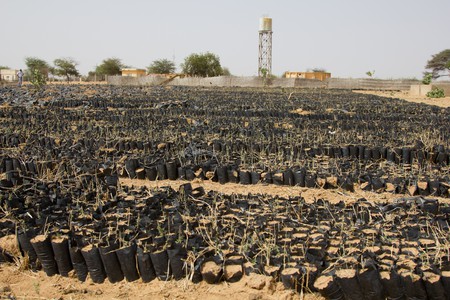 Samba Ba is particularly sceptical about the project, saying, “When I cross the Great Green Wall line, I see nothing.” He says there is no green wall of trees, but little chains of activities that only help a few villages. The gardens, which were created to produce vegetables and fruits in an arid zone, only grow tomatoes and potatoes, while the only fruit trees that grow are lemon trees. “It’s very difficult to grow there.”

For him, the problem is that activities are organised too far away. “They need to get local communities involved, ask people about their needs, their situations.”

Goudiaby agrees that progression must be correlated with the wishes of the population, but notes that this is easier said than done. “The project was not initially accepted,” he says. “Reforestation does not bring immediate results and the population cannot wait. They want immediate profits, so we created the feed banks. We created food the population wanted. We created activities so they could make money from the harvest. In two years, we invested 1 million CFA [West African CFA francs; £1,290] in the school in Mbar Toubab. We are in the process of building houses for the elderly, so the local population accept the projects.”

Goudiaby says mentality change is crucial. “We can’t achieve results without them. My battle is to win their confidence.” 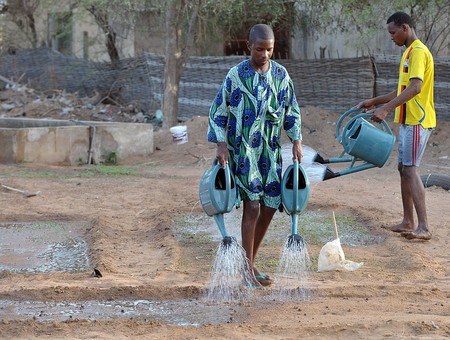 What is the future of the Great Green Wall?

The original ambition of the initiative was to “restore 100 million hectares of currently degraded land; sequester 250 million tons of carbon and create 10 million green jobs” by 2030. Yet, given Orenstein’s view – “No one really knows what the Great Green Wall is. No one can say who runs it, who funds it. It gets lots of publicity and press, but there are no concrete details” – this seems unlikely.

Country-to-country, however, it’s a different story, and in Senegal, Goudiaby is convinced that it’s going to work. “The Great Green Wall is not a project for today, but long term. But now we have to put in place other activities that brings results in the medium term, in order to convince the local population of its worth.” He adds that he is preparing for more reforestation when the new ministry is up and running, but this time, “the objective will be to better the whole country, not just the zone facing the Sahara. Other zones are suffering the same effects, and so we need to play the role of the Great Green Wall all around Senegal.” 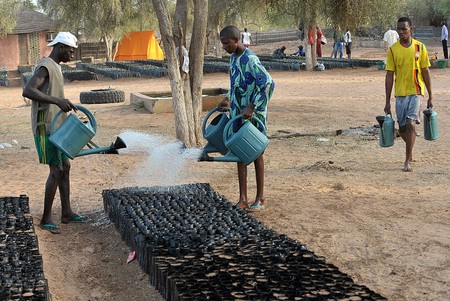 The Great Green Wall is a long-term project that will benefit the whole of each country, not just the regions along the Saharan border | © SEYLLOU DIALLO / Stringer / Getty Images

However, there is a clear split of opinion. Samba Ba says that a lot of money has been spent on reforestation for little tangible output and believes Senegal needs a structural change, not just one project after another. He thinks it’s vital that the initiatives “involve young people, give them an environmental education and let them take charge of the situation themselves”. Orenstein would like to see “solid land-management systems in place and, most importantly, a social safety net for people who depend on it… Reforestation isn’t going to fix how vulnerable people are to drought.”

Opinions may differ, but the strength of intention does not. All of them believe that something needs to be done and if the Great Green Wall serves as a catch-all for that desire, then it is having a positive impact.