The Creative Kids of Africa Inspiring the World 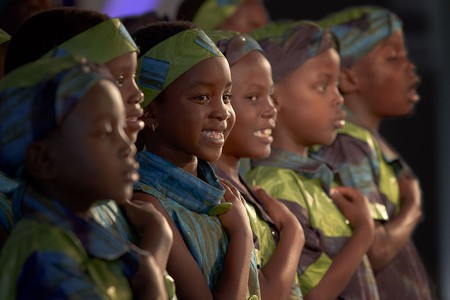 Africa has long been known for producing some incredible talent, not least of which is the new generation making its mark on the international stage. We take a look at the children gracing headlines all over the world.

From filmmaking to engineering, performing to hyper-realistic artistry, these children and child performance groups are inspiring not only an entire continent, but people the world over. With time, they stand to become the game-changers and leaders in their fields.

Emmanuella Samuel is currently the most popular comedian in Nigeria. Born on July 22, 2006, the seven-year-old was catapulted into stardom when she featured on her older cousin, Mark Angel’s comedy skit show This is Not My Real Face Oh in 2016, which went viral. That same year, she won Best New Comedienne and Princess of Comedy awards at the Afro-Australia Music and Movie Awards in Australia.

Only a few years later, she has now performed at comedy events in both West and East Africa, while her YouTube skits and page have gained more than a million views and subscribers.

In February 2017, she announced via her Instagram page that she’s set to embark on a project with Walt Disney Studios for a Hollywood production.

Thanks @disneystudios God bless everyone whose support has added to bringing us here. I never dreamed of being here so soon. I miss Success. I love you all.

Kelvin Doe was born on October 26, 1996 in Freetown, Sierra Leone, and became known at the age of 13 as a self-taught engineer who built his own radio station where he plays music and broadcasts news under the moniker DJ Focus.

Due to his accomplishment building transmitters, generators, and batteries from scrap metals, he was invited to the US and became the youngest person to participate in the “Visiting Practitioner’s Program” at MIT. After a video about his achievements went viral, he subsequently spoke at a TEDxTeen talk and lectured undergraduate engineering students at Harvard College.

In May 2013, he signed a USD$100,000 solar project pact with Canadian High Speed Service Provider Sierra WiFi. At age 20, he started The Kelvin Doe Foundation and a startup called KDoe-Tech Inc. Then in 2016, he became an honorary Board member of Emergency USA, an organization with a mission to provide free medical and surgical care to the victims of war and poverty.

During his young career so far, he’s met various leaders of the world including Hillary Clinton and Ghanaian President, Nana Akufo-Addo.

Kareem Waris Olamilekan is an 11-year-old Nigerian artist whose work is inspired by Michelangelo and hyperrealist artist, Arinze Stanley Egbengwu. Although he primarily uses pencil to create his drawings, he’s also used ballpoint pen, paint, and pastels in the past, and works from his makeshift studio in Lagos.

He’s recently garnered more fans after he drew a portrait of the president of France, Emmanuel Macron, in only two hours during the President’s visit to Nigeria in July 2018.

An 11-year-old Nigerian boy #KareemWarisOlamilekan won over #EmmanuelMacron with his portrait of the French president. #WarisOlamilekan did the drawing within two hours on Tuesday night when #Macron was visiting #FelaKuti's Shrine nightclub in #Lagos. #news #blog @streamafrica

Dream Catchers, also known as Ikorodu Talented Kids, is a dance group for despondent and street children. The team takes kids who are susceptible to risk and provides them with shelter, food, clothing and education by empowering them through dance and acting. One of their aims is to reduce the number of under-age children working on the streets by training them to be professional dancers and actors. They believe that every child’s dream matters, and equip them with tools to aid their success, starting from going to school and helping them to remain in education.

The child dancers became well known when Rihanna shared a video of them dancing on her Instagram page and since then, they’ve have met the British-Nigerian Hollywood actor John Boyega and more recently, were visited by Naomi Campbell during her trip to Lagos.

Happy Birthday to you Aunty Naomi @iamnaomicampbell You are a Queen, an Icon and an Inspiration. We hope you have a day as beautiful as your heart. We love you! If you get to see this, please swipe left to watch the video we made for you! ❤️❤️❤️ #birthday #blackexcellence #queen

She was brought to the spotlight when BBC made a video about her which gained about 8.3 million views on Facebook. But even before the video went viral, in 2017 she won the top prize on a TV program in Ghana called TV3 Talented Kids.

DJ Switch also released a music video with her mother called Deceiver in April, and in May, performed at the Ghana DJ Awards.

In the BBC video, she reveals that although DJing is her passion, she would like to become a gynaecologist in the future in order to help women.

Never Look Down on Yourself, Keep Looking Up, BROKEN CRAYONS STILL COLOUR. enjoy your weekend

In 2014, Zuriel became the world’s youngest filmmaker to have self-produced and self-edited her film which was screened in Ghana, England, South Africa, and Japan. She was only 12. As a result of her work, she became the youngest person to be profiled by Forbes at age 10.

She is best known for her works on the advocacy for the education of girls in Africa, and has met with over 24 Presidents and Prime Ministers in line with her education advocacy work. 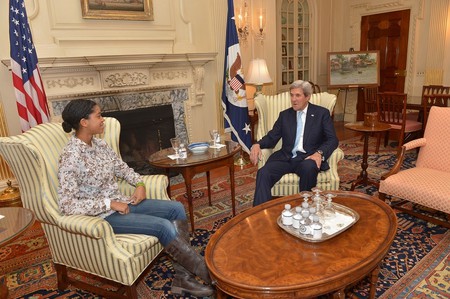