The Best Wildlife Experiences To Take From Your Couch 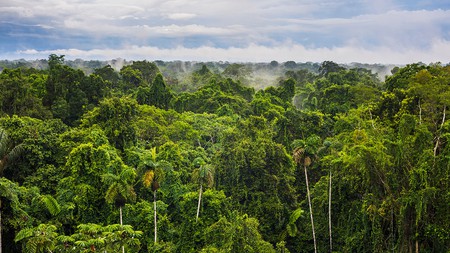 While humans might be hibernating right now, animals are still enjoying the great outdoors. And even though face-to-face encounters are off the table for the duration of the global pandemic, a world of wildlife is only a click away.

Binge-watching Tiger King and spending too much time at home with your pets may feel like the extent of animal interaction that’s on offer under lockdown. But webcams, live streams, VR videos and 360-degree digital tours are keeping couch dwellers in touch with the outdoors. From safaris in Africa to shark dives in Australia, these are the best wildlife experiences you can experience from home.

Go on safari in Africa and see the Big Five

Behind the screen or in the flesh, Africa’s Big Five are among the world’s most awe-inspiring wildlife. Explore – the planet’s leading philanthropic live nature cam network – will bring lions, leopards, rhinos, elephants and buffalo from South Africa’s Tembe Elephant Park, Sabi Sand Game Reserve and Balule Nature Reserve into your living room. Also in South Africa, &Beyond has teamed up with wildlife broadcasters WildEarth to stream three-hour game drives at Ngala Private Game Reserve and Djuma Private Game Reserve every day at dawn and dusk. Elsewhere on the African continent, Africam uploads live feeds and video highlights from remote locations, and GRACE live-streams its Congolese gorilla habitat on YouTube. 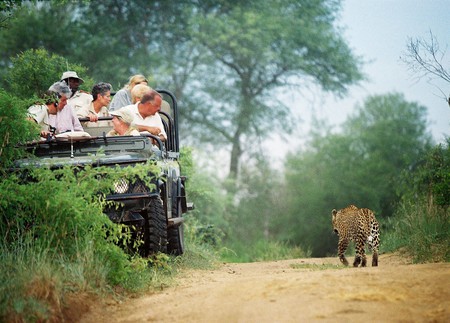 Clinging to a seemingly endless stretch of sun-drenched Australian coastline, the world’s largest coral reef system has more than 1,500 species of fish, 200 varieties of bird and countless colourful coral formations. That forms a spectacularly turquoise backdrop for this 360-degree video of the Great Barrier Reef, one of many immersive wildlife videos on Australia’s official YouTube account. Meet cute quokkas on Rottnest Island, play with a pod of dolphins in Tasmania’s Fortescue Bay, encounter kangaroos on the aptly named Kangaroo Island or swim with sea lions in the azure waters of the Eyre Peninsula.

Listen to birdsong in US national parks

The United States National Parks Service has been quick to throw its digital doors open during the coronavirus crisis. Webcams keep iconic parks like Yosemite and Yellowstone accessible even when they are closed. But Rocky Mountain National Park’s sound library is perhaps the most evocative way to experience the great outdoors. It captures songs from dozens of birds, the calls of elk, coyotes, squirrels and frogs, plus natural soundscapes like streams and wind. It’s the perfect reminder of what life’s like outside.

Panama is fertile soil (or should that be fertile air?) for birdwatching, with species ranging from tiny hummingbirds to powerful eagles. And Canopy Lodge – buried among the sloths and tamarins that live in the misty forest of El Valle de Antón, west of Panama City – is particularly well acquainted with these feathered friends. The park’s fruit feeder cam on Explore buzzes with birds around the clock, leaving treats for these tropical species while the Río Guayabo trickles in the background. 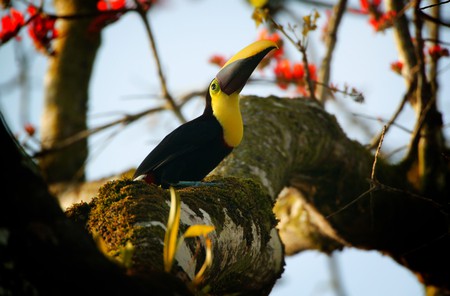 Swim with sharks in Hawaii

Ocean Ramsey has built a career out of freediving with sharks… and it’s as scary as it looks, coming face to face with the ocean’s most feared predators in the name of conservation. The Hawaii-based tour operator’s shark snorkels have been hung up due to Covid-19, but Ramsey’s Instagram remains as vibrant as ever. The IGTV videos are especially exhilarating, bringing users up close with some razor-sharp fangs.

Delve into the Amazon

The very word Amazon is synonymous with biodiversity. This primordial expanse of South America is alive with jaguars, anacondas, pink dolphins and a mind-boggling number of other species – and that’s just the ones scientists have discovered. Under The Canopy – a 360-degree video by Conservation International narrated by indigenous guide Kamanja Panashekung and actor Lee Pace – takes viewers beneath the trees for a glimpse of some of these creatures. It also teaches a more crucial lesson about the Amazon’s importance to Earth. This rainforest produces as much as 20 percent of the world’s oxygen, while the medicinal potential of many of its plants is as yet untapped. 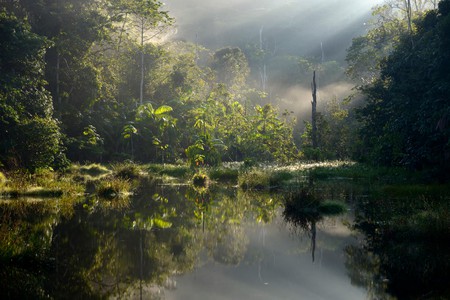 Try to find a wolf

Wolves are notoriously difficult to spot. And the International Wolf Center’s 24-hour live stream is no exception. Four wolves – Denali (a Rocky Mountain wolf), Boltz (Great Plains), Axel and Grayson (both Arctic grey wolves) – roam this enclosure, which contains two dens, a pond and a forest. The pack is infamously elusive, but being cooped up at home leaves loads of time for an online stake-out.

The snow monkeys of Japan’s Jigokudani Yaen-koen are decidedly less bashful. Found in the Valley of Yokoyu River in the Joshinetsu-Kogen National Park about 240 kilometres (150 miles) northwest of Tokyo, this nature reserve has protected the Japanese macaque since 1964. And even though they might not have their regular audience thanks to the pandemic, the snow monkeys still lounge around in their natural hot springs, showing off to the crowd instead. 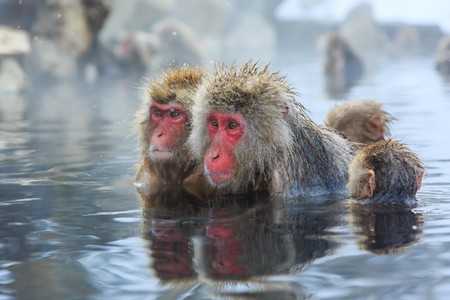 Transylvania is more famous for vampires than bears, but this part of the world is also crawling with Europe’s largest land predator. A trip to Eastern Europe isn’t currently an option, so bear-watching on Transylvania’s YouTube live feed is the next best thing. And it’s not just brown bears that star on the screen – wild boars, foxes and wolves are also on the prowl, particularly around dusk. 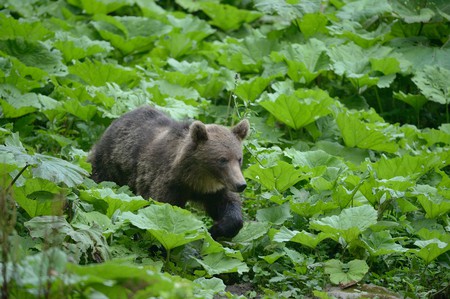 Romania has about 7,000 brown bears | © imageBROKER / Alamy Stock Photo
Give us feedback