14 Powerful Sculptures Around The World

Sculpture has long been a powerful art form. From Renaissance classics that foregrounded ideal beauty to modern-day works that push the boundaries of material and media, these 14 sculptures evoke beauty and awe.

Perhaps the most iconic sculpture in history, Michelangelo’s David is a powerful sight to behold. Standing at 14 feet tall, the sculpture depicts the Biblical hero David before his infamous battle with Goliath. It was commissioned for the Florence Cathedral, to be placed in one of its niches. The block of marble used by Michelangelo had been discarded by previous sculptors for being imperfect, but the artistic genius (who was only 26 at the time of David‘s construction) transformed it into a paradigm of beauty that has lasted over five centuries. 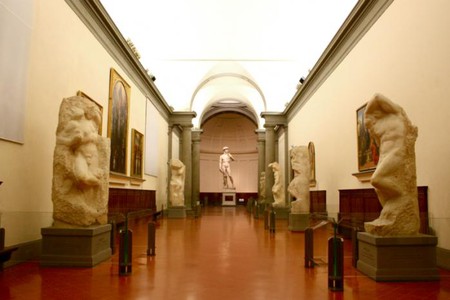 Created from bronze and electricity, Expansion was created by Paige Bradley. The artist conceived of the piece when she first moved to Manhattan. She found it difficult to bring her works into galleries, so revised her practice with this piece. Using a refined wax sculpture of a woman meditating, Paige shattered it and transformed it into the much loved sculpture it is today. The sculpture appears to be bursting apart, with its inner light shining through the cracks. 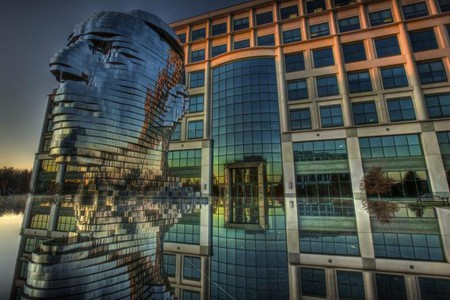 Created by the internationally renowned sculptor from the Czech Republic, David Cerny, Metalmorphosis is a unique work that explores the limits of media. Already known for his monumental sculptures, Cerny has created a fete of engineering. Using nearly 40 pieces of steel which are grouped into seven segments, the piece rotates, spewing water, until the segments align to form a giant head. The piece is in constant flux, and it memorises visitors to Charlotte every year. 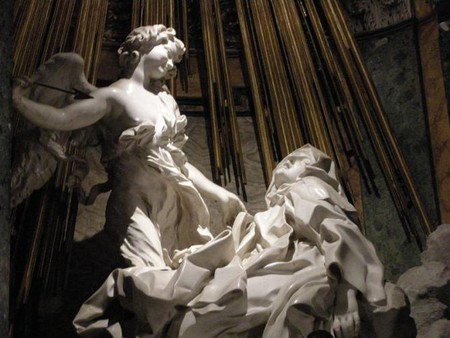 The Ecstasy of Saint Teresa | © Sailko/WikiCommons

The Ecstasy of Saint Teresa

Designed by the famous Gian Lorenzo Bernini, The Ecstasy of Saint Teresa can be argued as one of his best and most impressive sculptures. Located in the Cornaro Chapel, Santa Maria della Vittoria in Rome, this sculpture depicts the Saint Teresa of Ávila at the moment where she feels she is pierced through the heart by an arrow. Bernini converts his white marble into an almost lifelike statue of the saint, which radiates and moves anyone that sees it.

Immediately recognisable, Christ the Redeemer overlooks the city and people of Rio de Janeiro. The sculpture is located on top of Corcovado, which is 700 metres above the city. In 2007, it was voted one of the New Seven Wonders of the World. Created in the Art Deco style, the sculpture is the largest of its kind on the world, standing at 39 metres tall, and with an arm span of 30 meters across. The statue was unveiled in 1931 and was created from reinforced concrete and sandstone.

Unveiled in December 2005, the Monument of an Anonymous Passer-by is situated at a busy crossroads in the centre of Wroclaw. It symbolises the enslavement of people by communism. It was produced by Jerzy Kalina for the 24th anniversary of martial law in Poland, and remembers how underground organisations such as Fighting Solidarity and Orange Alternative who protested against the law and communism. Featuring 14 people rising out from the ground, this work strikes all who observe it. 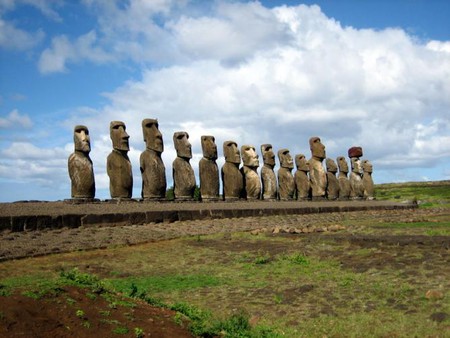 Perhaps some of the oldest sculptures in the world, the Moai statues on Easter Island are massive megaliths that attract hordes of visitors to the island every year. Created between 1400 and 1650 A.D. by island natives, there are around 1000 statues on the island, and they are mainly carved by hand from the volcano Rano Raraku. They were made to honour chieftains and other important people. Nearly half of these statues are found at Rano Raraku, the main quarry. The rest are to be founded dotted around the island’s perimeter.

Maman turned Louise Bourgeois into a household name. One of the largest sculptures in the world, Maman depicts a 30 foot spider made from bronze, stainless steel, and marble. The sculpture’s title is the French word for “mother” and reflects maternal themes. It is dedicated to Bourgeois’ mother. The sculpture was made in 1999 for the Unilever Series in the Turbine Hall in the Tate Modern. It was the inaugural commission for this space. 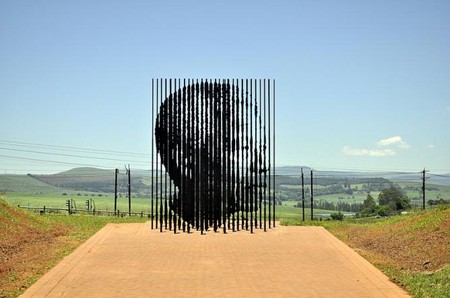 This impressive Nelson Mandela sculpture was produced by artist Marco Cianfanelli in collaboration with Jeromy Rose. Depicting the freedom-fighter Nelson Mandela, the sculpture was unveiled in 2012, and consists of 50 steel poles of varying heights. When observed from the correct position, they form the face of Mandela. The sculpture is placed on Mandela’s ‘Long Walk to Freedom’, where he was captured in 1962 by armed armed apartheid police outside Howick. A historical and life-changing event is remembered by this monument.

The Shoes on the Danube Bank

The Shoes on the Danube Bank is a memorial monument located in Budapest. It was created by sculptor Gyula Pauer and film director Can Togay. It honours the Jews who were killed by fascist Arrow Cross militiamen in Budapest during World War II. These people were asked to take off their shoes before they were shot and thrown into the river. The shoes represent the people who were lost in the tragic incident. The sculpture is situated on Pest side of the Danube Promenade. 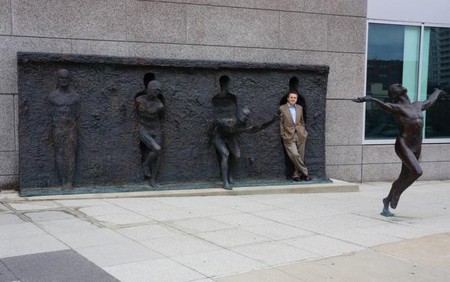 Depicting the themes of struggle and freedom, the sculpture Freedom was made by Zenos Frudakis. Stretching 20 feet in length, the sculpture comprises of four figures that each represent one figure finding creative release. The sculpture is to be read left to right, and is to be observed from a specially created space. Incorporated into the sculpture are various elements that reflect the sculpture’s making, such as its original maquette, as well as other personal elements, such as coins, and an original bronze by Duane Hanson. 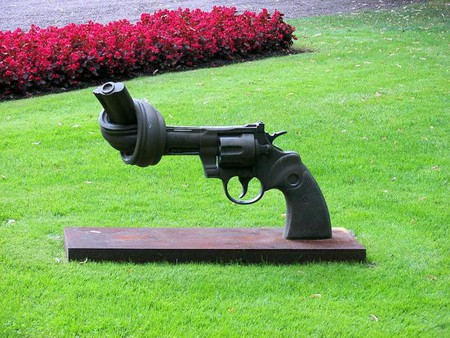 Created in 1980 by Swedish sculptor Carl Fredrik Reuterswärd, Non Violence is a bronze sculpture of a large Colt Python 0.357 Magnum revolver. It was made following the murder of John Lennon. There are 17 copies of the sculpture in the world, and 10 of them are located in Sweden. It has become a symbol of The Non-Violence Project which promotes social change. It was gifted to by the Government of Luxembourg to the United Nations in 1988. It is also known as The Knotted Gun.

Named after the Greek ruler of the four winds, Aeolus was made by Luke Jerram and is a giant musical instrument which creates music out of the wind passing through it. The sculpture can be viewed as a giant Aeolian harp, whose strings vibrate when moved by the wind, and their sound resonates through metal tubes. Viewers stand beneath the sculptural arch to hear the wind sound through 310 internally polished stainless steel tubes. Architecture, light, sound and art all merge in this intriguing and engaging sculpture.

The Mustangs of Las Colinas

Galloping across a stream of granite on the plaza in Las Colinas Urban Center are nine breath-taking sculptures of wild mustangs. Known as The Mustangs of Las Colinas, these sculptures form an impressive centrepiece and attract visitors worldwide. There is a museum located next to the sculpture which recalls how African wildlife artist Robert Glen created the sculpture. Other works of art by the artist are included in the exhibition. Their size and detail create an almost lifelike scene.