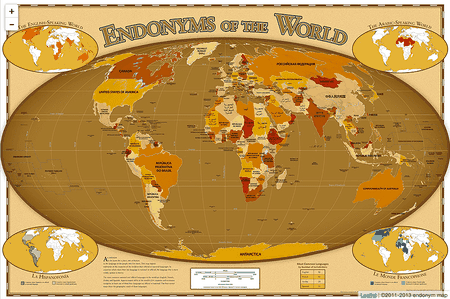 Language is an amazing thing, and it’s the many quirks of different languages around the world that make it interesting.

The names of countries is a good example. Why do English speakers refer to Germany as Germany, for example, and not Deutschland as Germans do?

A map showing the endonyms of the world | © Endonym Map

This endonym graphic maps out this phenomenon. It shows every country’s endonym written in the official or national language, or in the case of multiple languages being spoken, the most widely used. 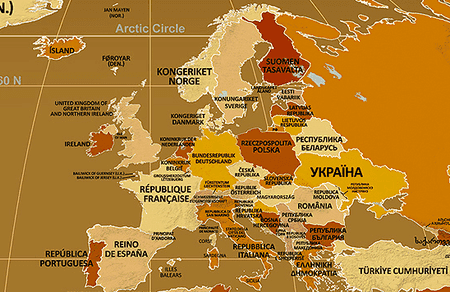 There are so many in English because around a third of all countries have English as an official language. Other frequently spoken languages include Spanish, French and Arabic.

The creator’s website lists all languages used on the map, as well as detailing errors which will be updated in future editions (so if you have a complaint, head there first). 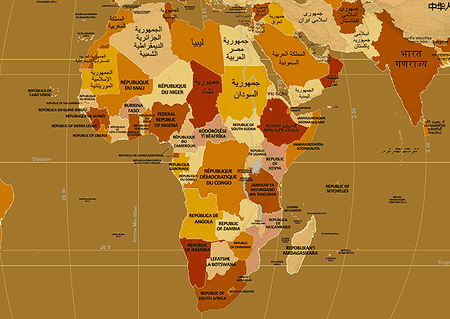 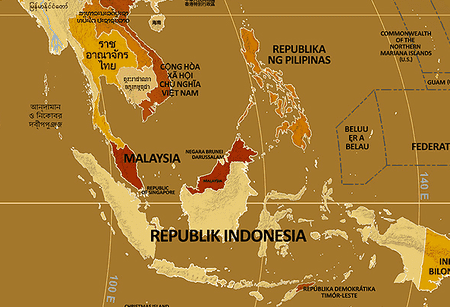 For example, in South Africa, English is the language used in government, but it’s Zulu which is spoken most widely. Thus, the name on the map should have been the Zulu name for the country, iRiphabliki yaseNingizimu Afrika.

Explore the map in high resolution on the website or head to Zazzle where you can purchase prints if you really love it.