When Australian business student Luke Westcott couldn’t find particular football jerseys to add to his growing collection, he took matters into his own hands. Four years later, AMS Clothing supply nearly 20 African teams with their official kit, offering each side a unique design, while helping local fans and businesses along the way.

Luke Westcott (LW): It started out like that. I used to sell things on eBay when I was in high school. I was interested in collecting shirts, especially international shirts and when people began to ask about the shirts for obscure countries, I saw an opportunity there. I got in touch with a few countries’ football associations and it grew from there.

CT: Going from not finding shirts, to trying to supply those shirts yourself sounds like a big step?

LW: I was only 19 and at university when I started the company, so I actually had very little to lose. I saved up a bit of money and I thought it was a good investment at the time. 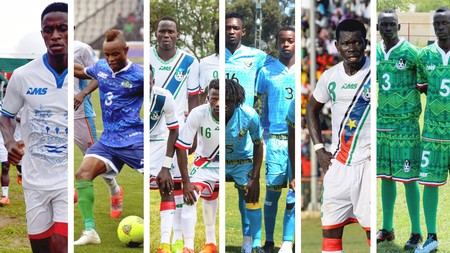 CT: Do you mind me asking how much you invested?

LW: Altogether, it cost around AUS$10,000 (£5,600). South Sudan were the first country we supplied to, and that was in 2014. I still run most of it from my house, but we’ve expanded a little bit with designers and small teams of people helping me out with local sales in individual countries.

CT: Did you have any manufacturing experience beforehand?

LW: Not really. I was always fascinated by jersey design. That was the thing I did for fun when I was a kid; I would create designs on MS Paint, which is actually what some of the first official jersey designs were done on. It was kind of a good thing because it allowed for a unique design style and its limitations gave the shirts a retro style. We work mostly on Illustrator or Photoshop now. I remember one summer I designed a shirt for every country in the world.

CT: So you were clearly a big football fan already?

LW: Yeah, that and AFL [Australian Football League]. The international aspect of football was the main thing that got me interested and, in particular, African countries. I remember watching the Africa Cup of Nations and loving it, mainly because it seems such a different style of play.

CT: Twenty years ago major tournaments were the chance to see unknown teams and players, which doesn’t really happen now, but it’s still true to some extent in the Africa Cup of Nations – is that fair?

LW: I think that’s definitely true. Some of these countries may never reach the World Cup because they play such attacking football and it probably hinders them in the qualifying process. North African teams have far better qualifying records, and I think that’s down to their more defensive style of football. 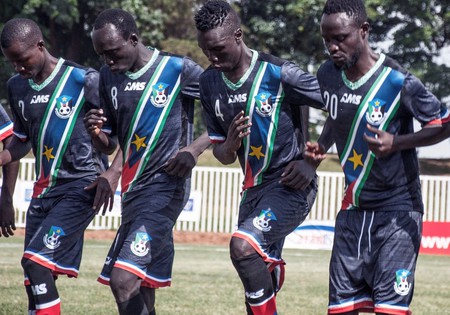 CT: What were your expectations at the beginning?

LW: I was just trying to work with as many countries and federations as possible, but I definitely wasn’t expecting each country to say yes. I was thinking it would be much more formal, with strict contracts being drawn up, but the reality was nothing like that because with smaller countries you can be a bit more flexible, with less requirements. Every team responded positively, even if they didn’t agree to the shirt supply. Making contact actually proved to be the hardest thing, certainly until I developed the networks to build relationships. There wasn’t a lot of email; it was mainly a lot of social media – finding a federation’s Facebook page and messaging them.

CT: How much scope do federations give you for designs?

LW: In almost all cases we’ll come up with a set amount of design proposals, around 10 normally, and then they’ll choose which one they like the best. They pretty much allow us to do what we want and let us come up with something that they like. Usually they will have only worn basic, simple Adidas or Nike ‘teamwear’ jerseys with their badge printed on them, so we always try to come up with something unique and individual to the country.

CT: Are you surprised by the lack of interest from big brands?

LW: Not really, because sports brands would only do it if a team was on the word stage. They wouldn’t produce kits for these countries because they’re not prepared to lower their process enough to make it affordable. An official Nike kit wouldn’t be sold in a local market in Eritrea, for example. Even with the bigger teams in Africa, the official jerseys won’t be on sale in the local shops or markets because no one is going to pay 80 or 90 dollars for that shirt, especially if you can get fake ones instead. Major brands need every country to be wearing their kits, so will do it for the bigger teams if they have a good chance of getting to a World Cup. Us landing one of the big African countries would be amazing, but we simply don’t have the funds up front. Supplying the less developed nations means that we can still maintain our unique style, while working on local development as well.

CT: Are your customers worldwide or local?

LW: We’ve actually just set up retail operations in South Sudan – that’s the first country where we’re selling in the local market. When I first started the business, that didn’t really cross my mind, I thought our customers would be collectors buying online or a country’s diaspora across the world. The potential in these markets is massive because you see how much people want these jerseys, but can’t get them. If we’re able to sell them at the same price as the fake jerseys then we have a viable business and local fans get their team’s official shirt for a fair price. 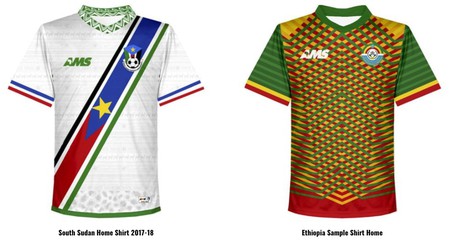 CT: Have you found AMS has become the go-to for these countries?

LW: I think maybe in Africa. The smaller football federations get in touch with us if they want to get a deal done. It’s more about if we have the budget to deliver what they’re after and see if it’s viable for us. We want to test the model a bit and consolidate the business before we go into more countries. South Sudan has been our test market and is as challenging as any market that you could imagine – if we can do well there, we should be able to sell anywhere else in the world. It’s been a huge learning experience but, despite the terrible economic situation, we’ve managed to have some success there.

CT: Is the aim to become an African brand?

LW: That’s the goal. We want to keep AMS in Africa. There are 55 countries there, so huge potential with almost no competition. We might start new brands in other parts of the world, but I’d personally like to be based in Africa soon. Hopefully, in the next year or so I’ll move out there.

In the next year we want to supply two new national teams – hopefully Swaziland and North Sudan – which I think are realistic options. We also want to enter a few different local markets for existing partners; Zanzibar should be next. There are also so many other opportunities in South Sudan because no foreign companies trade there on the basis of the perceived security threats.

CT: There can’t be many markets in the world that are virtually untapped?

LW: It’s true. There are people selling some football products, but the offerings are limited and inefficient. Our factory connections ensure we can do it a bit cheaper and it’s hugely important to stay as local as possible in order to support the local communities that we work with. I’ve ended up meeting the national team players, even helping out with their CVs and highlights videos. We try to do whatever we can to help.
Fancy picking up your own South Sudanese or Eritrean kit? Head here.