What To Know About Mowzey Radio, Uganda’s Beloved Musician 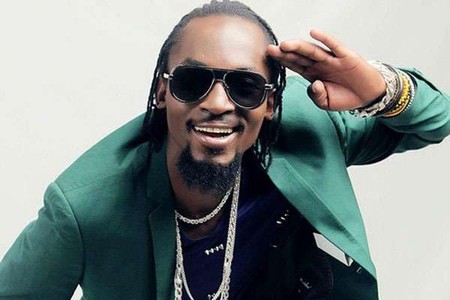 On February 1, 2018, Ugandans woke up to the saddening news of the demise of their beloved musician Mowzey Radio. He died from head injuries sustained during a bar brawl on January 22.

Isaac Kaddzu, Radio’s high school alumni and actor friend, reminisced about their school life together. “Radio was such a mummy’s boy. He loved his mom so much that I believe his first song, ‘Jeniffer’, was a dedication to his mom Ms. Jane Kasubo, as if to say, look, Mom, I can do this!” Mr. Kaddzu told us that before he was a singer, Radio was a great writer and orator, and said, “Radio was so great with words.”

While at Kiira College Butiki, his high school, he was the secretary of the student body. He also had a column in the school magazine, Kiira Mirror. His writing was so beautiful that a lot of students looked forward to getting a hold of the Kiira Mirror just to read it.

“I remember form four and form six, students weren’t allowed to contribute to the magazine so they could concentrate on their final exams, but the students begged the school to allow Radio to continue writing. He actually wrote his column until two weeks before the exams!” Mr. Kaddzu said.

The first time Radio sang before his friends was during a musical competition that launched the musical careers of his schoolmates General Mega D and Menton Krono of Mugulu Teliyo Mwenge fame. He sang R. Kelly’s “I Believe I Can Fly”. That day, the Kiira College students discovered that there a singer amidst them. From then on, there was no looking back for Radio, as his hunger to showcase his musical prowess was unleashed.

Radio joined Leone Island as Jose Chameleone’s backup singer, before he released his first single, “Jeniffer” in 2005. Ugandans’ ears perked up at Radio’s voice and lyricism.

In Weasle, he found the perfect partnership, as the duo went on to release hit after hit after “Nakudata” in 2008 that saw them win Best New Artist and Song of The Year. For this duo, the sky was the limit. Goodlyfe broke music boundaries, collaborating with artists such as Nigeria’s Wiz Kid, Zambia’s General Ozzy, and South Africa’s PJ Powers.

In Uganda, they revived the musical careers of artists who were in a slump and or just starting out. “Radio’s recent hunger was to use his platform to help push new talent to reach their fullest potential,” Mr. Kaddzu revealed. “He was a kindhearted music genius.”

As tributes continue to pour in from far and beyond, his fans find comfort in the fact that, even though Radio is gone, his hits will continue to mend their hearts.