How African Architects Are Addressing Complex Social Issues Through Design 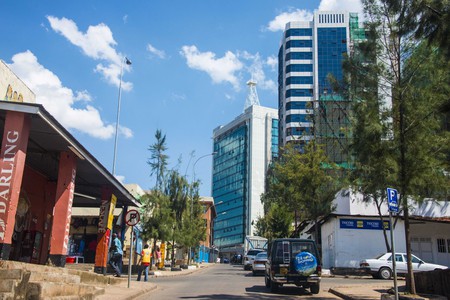 The story of how one African man traveled to China in order to understand the architectural problems (and solutions) of his own native land. 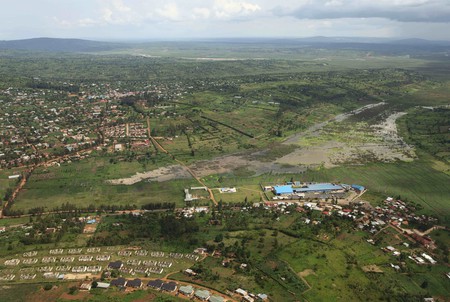 In 2002, Christian Benimana, a native of Rwanda, left his country to pursue his dream: to become an architect. At the time, there were no existing architectural schools in his East African country, so after receiving a scholarship for study, he traveled to another city halfway around the world. It was a city that was experiencing a massive, unprecedented building boom. A fast-paced metropolis that had already taken its seat as a global financial hub: Shanghai.

There, Benimana was confronted with the potentially noxious effects of architecture; the real-world effects of implementing such rapid infrastructural growth. Sure, Shanghai had lavish architectural plans, but that grandiosity comes at a price—especially when sustainability is not at the forefront. And the cost is extremely high in the long-run: China’s pollution problem is still plaguing the country to this day.

“China was changing,” he says in a TedGlobal in 2017. While Benimana witnessed newly-built, “modern, striking engineering marvels” everywhere he went, he also saw “huge numbers of migrant workers” and the “massive displacement of thousands of people” because of these large-scale construction projects.

Upon returning to his native country after nearly eight years, Benimana found that Rwanda was experiencing a similar infrastructural boom. This new construction was brought on by the predicted population increase that Africa would consist of 2.5 billion people by the year 2050. Where were all these human beings going to live? Hospitals, schools, and housing all needed to be built, and fast. 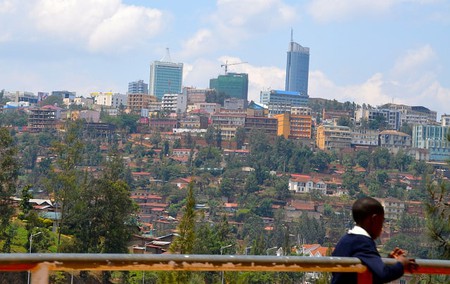 “Let me put that into perspective for you,” said Benimana in the TED Talk. “Every day for the next 35 years, we have to build seven health centers, 25 schools and nearly 60,000 housing units each day, every day.”

But what about the environment? What about sustainable design that effectively responds to the dangers of climate change, human needs, and the rampant death-reaper that is pollution? Can a “uniquely African model of sustainable and equitable” be developed before the continent becomes a harsh duplication of Shanghai’s mistakes?

During the TedTalk, Benimana offered the example of Francis Kéré, an architect who hails from the West African country Burkina Faso and wanted to build a new prototype for schools. Using primarily locally-sourced materials and traditional architectural methods (native to Africa), Kéré began the process of engaging the community in the actual construction—rather than using migrant workers. “Children bring stones for the foundation, women bring water for the brick manufacturing, and everybody works together to pound the clay floors,” Benimana describes. The result he said, was not only community-driven and functional, but also “really, really beautiful.”

But this example, Benimana points out, just isn’t enough. (“300 more examples will not be enough.”) Something more needed to be done, particularly by way of more community-oriented, locally-sourced design. What Benimara noticed was that, number one, there wasn’t a real community of African architects, and number two, most architects he met had learned their craft abroad, taking bits of knowledge from around the world and bringing it home. What they really needed was a self-sustainable, distinctly African model that nurtured and helped develop the talents of the next generation of designers. 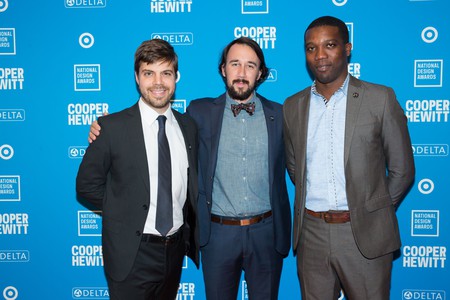 So, Benimana did something about it. Last year, along with his design firm MASS Design Group, Benimana launched the African Design Center. “We admitted 11 fellows from across the continent…Here, they are learning to tackle big challenges such as urbanism and climate change,” he says in the talk.

These young designers, according to Benimana, will “form the creative leadership that will design and build the future cities of Africa and make them ‘the most resilient and most social inclusive places on earth.'” One value at the core of the African Design Center is addressing the impact of architecture on our health and environment.

At the end of a 20-month-long fellowship, the young architects then design and build a project of their own, bringing their learning full circle and giving back. One example of this, is the Ruhehe Primary School, which will begin construction this year. Made primarily from locally-sourced volcanic rock, the design fellows will engage the community in the actual building process—just like Kéré’s school.

It all may seem a bit idealist, but designers have to adapt more human-environmentally conscious models in order to press forward, in order to truly address human need. And each part of the world has different needs, each region or country has different issues that design can perhaps provide a solution to.

The design fellows at the new African Design Center are no strangers to struggle, either. In an emotional moment within the talk, Benimana recounts the interview call of one prospective student. “We could hear gunshots going off in the background of his interview call. But even in the middle of this civil war, Moses hangs on to this idea that architecture can be a way to bridge communities back together,” he says.

“You have to be inspired by this fellow’s belief that great architecture can make a difference on how the future of Africa is built.”