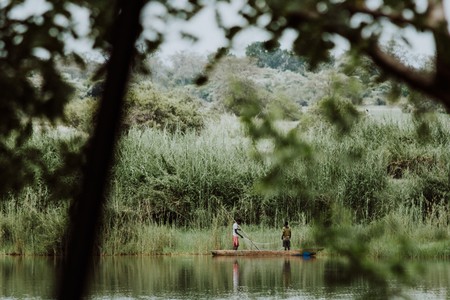 No signpost indicates the exact spot, but in northern Botswana near a place named Kazungula, four countries meet at the convergence of the Zambezi and Chobe Rivers. This is the African Quadripoint, where Zimbabwe, Namibia, Zambia and Botswana all flow into one border. Technically, it’s just water, but this quirky confluence occurs nowhere else in the world.

The Kazungula Bridge Project will eventually join these notable points, but the only way to experience this confluence today is by boarding the Kazungula ferry across the Zambezi River. It’s a border crossing for the bold, requiring time, hustle and patience. Luckily, there is another, much easier way to reap the rewards from the proximity of these four extraordinary countries.

Cruise your way across watery wonderlands, spend two nights in every country and explore the only international quadripoint in existence starting with Namibia. Anyone can tackle this easy tarred road trip route on one tank of fuel in roughly a week. 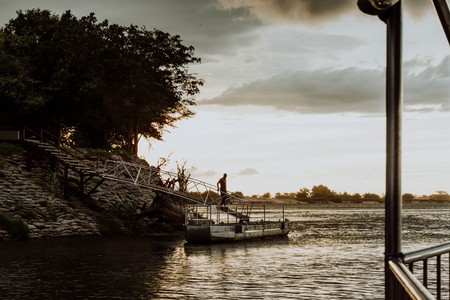 Previously named the Caprivi Strip, the Zambezi region is a narrow 500-kilometre-long finger of land that hovers between Botswana and Zambia. The Caprivi (as it’s still primarily known around there) is home to four different rivers, but the most magnificent has to be the broad Zambezi, which is where this epic journey begins. 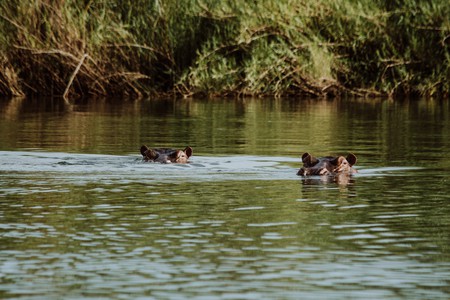 Almost half of the Caprivi is national park territory, but it wasn’t always this way. Right up until the early 1990s, this area was a militarised zone used as a buffer against encroaching communism, seen as a threat from neighbouring Angola. Today, tourism has returned to this eastern corner of the country, where the Zambezi flows strong and steady.

Katima Mulilo is the Caprivi’s biggest town, scenically set up on the banks of the Zambezi offering a handful of charming accommodation options for tourists. However, regular day-to-day life is still evident on the river, where dugout canoes called mekoro are piloted by local fisherman after tasty river bream. Take their lead and book a fishing trip, this is home to some of Africa’s most exciting angling. Crocodiles and hippo skim the upper reaches of the water, too, but these creatures are a small sampling of the wildlife wonders still to come. 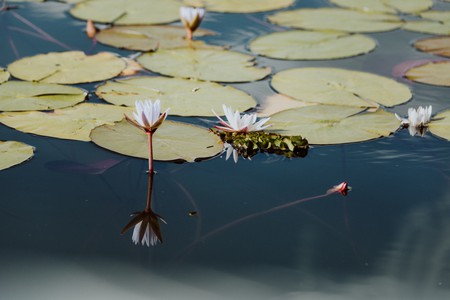 Self-drive guide to the Zambezi Region

Stay here: To get to Zambezi Mubala Lodge, and for the ultimate aqua stay, you’ve got to board a boat. Spacious cabins face the Zambezi River and porthole-shaped windows, plus watercolour decor, reinforce the feeling that you’re floating on water. For those on a tighter budget, the more rustic, neighbouring tented camp is equally charming. 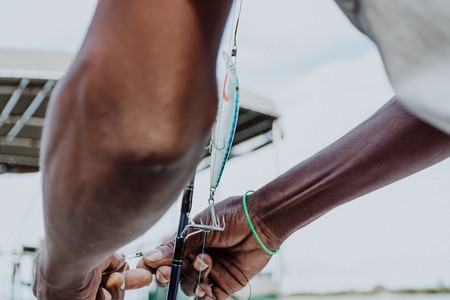 Don’t miss: Tiger fishing with a professional guide. A predator fish, “tigers” are thrilling to fish for because they jump out of the water in spectacular displays and can be tough to fight. 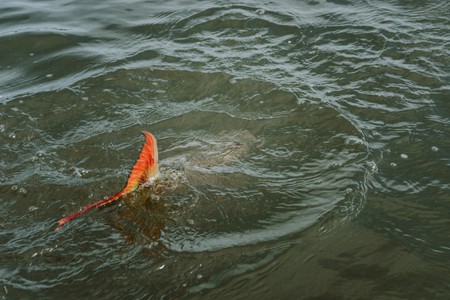 Official vehicle documentation, owner permission and insurance consent are all necessary to take a vehicle into the country – this also goes for Botswana, Zambia and Zimbabwe. A valid international drivers licence is necessary, too. It costs R295 (£16) in cash (they accept South Africa Rand or Namibian Dollars) to pay road toll fees. Visit VisaHQ and select your country of origin for visa requirements (a Namibia tourist visa is not required for citizens of the United Kingdom for stays of up to 90 days). 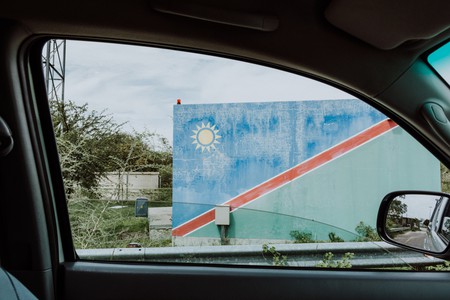 Driving the short 70 kilometres south from Katima Mulilo, villages line the tarred B8 road. Look out for sand sleighs specific to this area. They are pulled by handsome cattle to more efficiently transport goods than any wheelbarrow could in this thick river sand. Cross into Botswana at Ngoma border post. 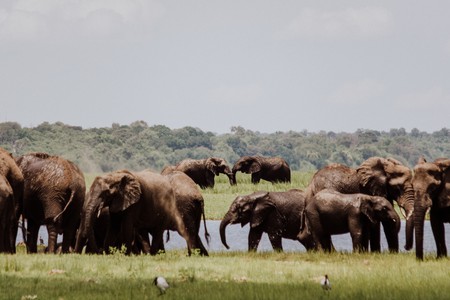 Soon afterwards, this route to Kasane has you driving right through Chobe National Park – free for visitors using the A33 transit road. Botswana’s oldest national park, Chobe is a place of prolific pachyderms. Nowhere else in Africa can you see more of these enchanting mammals in such high concentrations.

On the other side of Chobe National Park stands Kasane, a curious town that shares its streets with free-roaming wildlife. No fence separates Chobe’s wilds from the townsfolk of Kasane and animals move about at will. Warthogs snuffle the sidewalks and banded mongooses root around the rubbish bins. 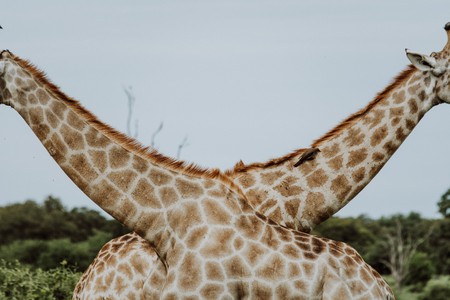 Once checked into your riverside stay, make time to explore the daily market for a taste of Kasane culture. It’s held on the grounds of Hunter’s Mall, near the Spar grocery store. Local finds include everything from homegrown ground nuts and freshly-plucked spinach to displays of brightly-coloured African wax print cloth and dried Chobe bream fish.

The most unusual for visitors to Botswana, though, is undoubtedly the modest mopane worm. Scientifically-speaking, it’s a caterpillar (despite locals calling them worms) and it is picked from leaves of mopane trees that grow in this area. They are then dried and packed to serve as little protein snacks. They can be eaten crunchy and dry or fried up again with a tasty tomato sauce. 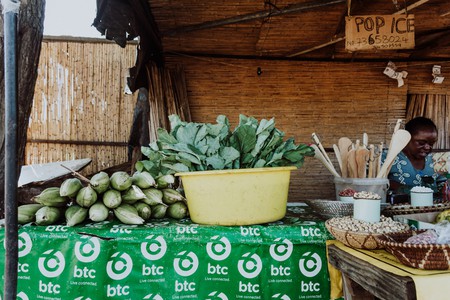 Stay here: Closest to the Chobe National Park, Chobe Safari Lodge is Kasane’s oldest tourism establishment and has riverfront views. Book an original 1960’s era rondavel room, which has been modernised on the inside, but feels like a traditional safari stay on the outside. 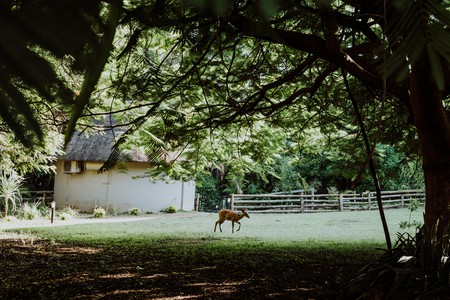 Don’t miss: A sundowner cruise on the Chobe River. Where else in the world can you witness the wild on a river safari and see elephants swimming across the water using their trunks as a snorkel? 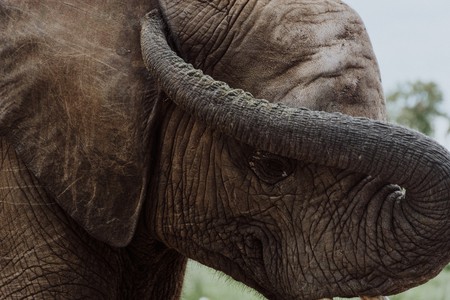 The most recent statistics suggest that Botswana has about 122,000 elephants left in the wild | Melanie Van Zyl / © Culture Trip

Most nationalities do not require a visa for Botswana, however, consult this comprehensive visa guide to check. A vehicle fee of roughly P152 (£11) in cash (depending on vehicle type) is required on entering Botswana in the local currency. 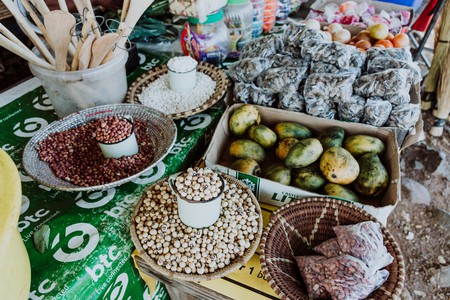 Onwards from Kasane, the abundant Chobe waters merge with the Zambezi River before the border crossing into Zimbabwe.

Mosi-oa-Tunya, or “The Smoke that Thunders”, is the local name for Victoria Falls in the Lozi language and the next destination. A natural world wonder, bucket list tick and UNESCO World Heritage Site, the majority of the 1,7-kilometre-wide Victoria Falls is seen from the Zimbabwean side. 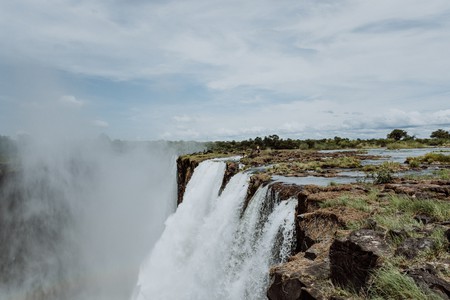 Claiming its seat on many esteemed international hit lists for places to go in 2019, Zimbabwe is in the limelight for its exceptional travel destinations and wildlife, but also recent political upheaval (especially in the bigger cities, such as the capital Harare). However, the town of Victoria Falls has always been a haven for tourists. Zimbos are friendly, eager to share news about current affairs and, more than anything, they are enduring and proud to host visitors. Tourism is a crucial contribution to this economy and, more importantly, the steadfast people that live off it. Did you know, for example, that Zimbabwe doesn’t have an internationally-recognised currency? 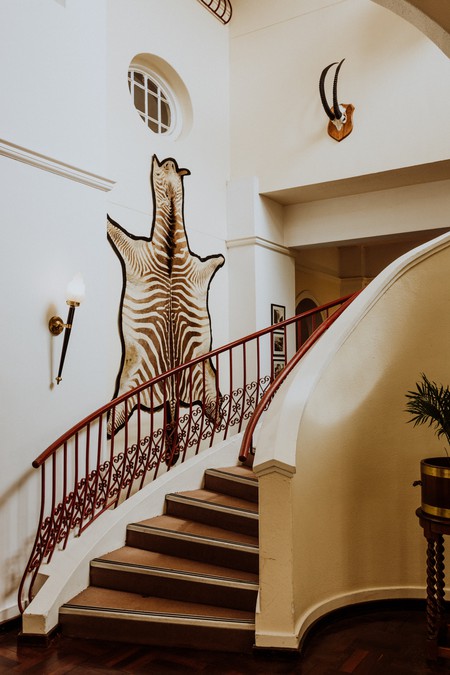 A remarkable tourist town, Victoria Falls was built with tourism in mind after the construction of the iconic railway bridge in 1905. The small centre offers walkable cafés, booking offices and craft stores, with the Victoria Falls National Park viewpoints one-kilometre away. £15 gets you into the rainforest reserve where the Zambezi River pours over the edge of the earth and tumbles down into the Batoka Gorge. Water wooshes up with a spray (bring a waterproof bag for cameras and smartphones) and rainbows ribbon up into the sky. It is marvellous. 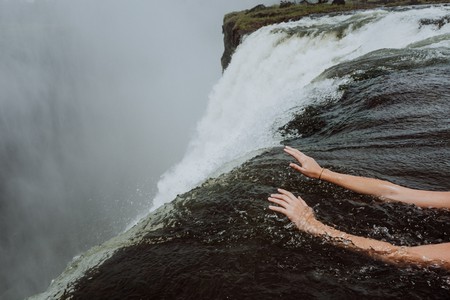 Don’t miss: Take a dip in nature’s most exciting infinity pool. Devil’s Pool will have everyone back home seething with envy. It’s a 100-metre drop over the edge, but guides expertly show you how to get there from Livingstone Island and where to sit safely. Here are more of the best things to do at Victoria Falls.

Stay here: Sip a Zambezi Lager at sunset and watch the wildlife drink at the waterhole from the sprawling deck above at Victoria Falls Safari Lodge. Bushbuck, guinea fowl and more walk the grounds, but the daily vulture culture feed will be the most memorable wildlife encounter. Critically endangered, the lodge has been feeding these curious birds for 19 years and every afternoon, they fly in from far and wide for a free feast. 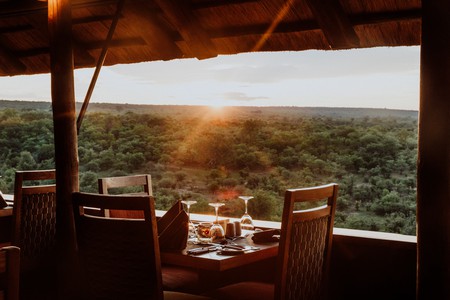 Don’t miss: Guests have flocked to Victoria Falls for over 100 years. Take a walk through the colonial history of this area with a visit to the elegant Victoria Falls Hotel, one of the oldest hotels in Africa.

The time it right. Lots of day trippers cross into Zimbabwe from Botswana to see Victoria Falls and queues can get ugly (usually, the border is busiest between 8.30am and 10am). A £40 vehicle crossing fee is required for carbon and road tax. Bring GBP or USD in cash into the country and small nominations to leave as tips. Most tourism operators take South African Rands, Euro or Botswana Pula, too. Visas are available on arrival at the Kazungula border post – specify a KAZA visa for £40, which grants access into both Zimbabwe and Zambia. Currently, the KAZA visa program is in the Stage 1 pilot phase, which means it’s a Zambia and Zimbabwe visa, and can also cover guests for day trips into Botswana. Stage 2 will see the visa extended to all five KAZA (which stands for Kavango-Zambezi Transfrontier Conservation Area) countries, including Botswana, Angola and Namibia. 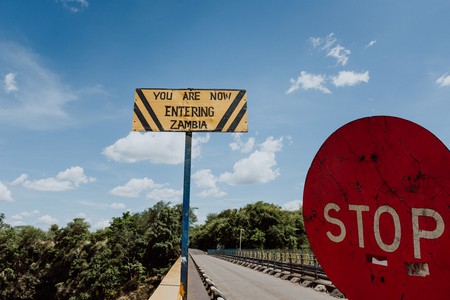 After seeing Victoria Falls from the many meandering viewpoints on the Zimbabwean side, the spectacle of spray and scenery is best appreciated from the sky. Breathtaking doesn’t begin to describe the half-hour helicopter flight with Batoka Sky that takes you looping above the wide waters of the Zambezi River before dropping right down into the untamed Batoka Gorge. 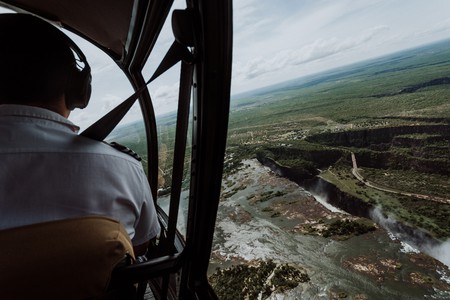 The Zambian side of Victoria Falls is not as polished as that of Zimbabwe, but the character in Livingstone more than makes up for it.

This route has revolved around rivers ever since the start in Namibia, so the perfect way to finish is by plunging right in and experiencing the Zambezi’s more turbulent side. 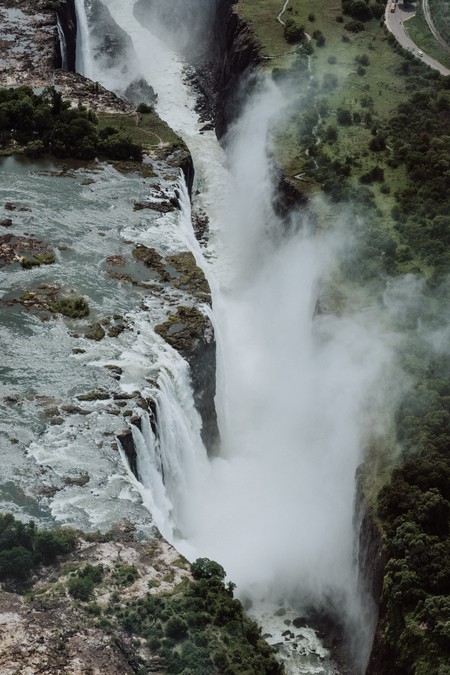 At its greatest height, the Victoria Falls stands 107 metres and almost at the foot of this monstrosity, the Safari Par Excellent white water rafting adventure begins. Accomplished river guides, who raft guests down rapids named the “Devil’s Toilet Bowl” and “Stairway to Heaven” have been working these waters for 15 years. This is a river that should be treated with utmost respect, or she will unceremoniously spit you out. The Zambezi is a Class-V river, which is the highest level of commercially available rafting. Luckily, the water is warm and the adventure of a lifetime awaits if you honour the Nyaminyami. 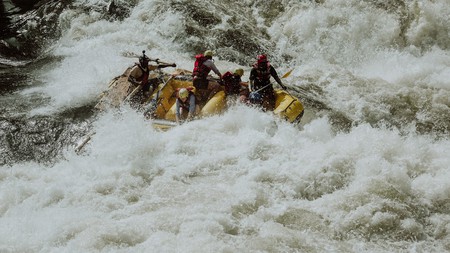 The symbology of the Nyaminyami can be found throughout the Zambezi Valley (most commonly in craft stores). Represented as a serpent-like figure, it was a prominent spirit medium of the Tonga people and the story goes that it used to swim the Zambezi River at leisure before being dammed up and trapped within the walls of Kariba in Zimbabwe. Many say its powers still course the waters of the Zambezi.

Stay here: Another great hydrous hotel, the Victoria Falls Waterfront is perched on the banks of the Zambezi and offers adventure alongside creature comforts. The Explorer Club Africa is the on-site hub from which to organise any Livingstone exploits, from white water rafting to sunset cruises on a wooden-decked 1950s-era boat. There’s also a daily shuttle to see the Victoria Falls from the Zambian side or to explore the town of Livingstone, which is a little too far for walking. 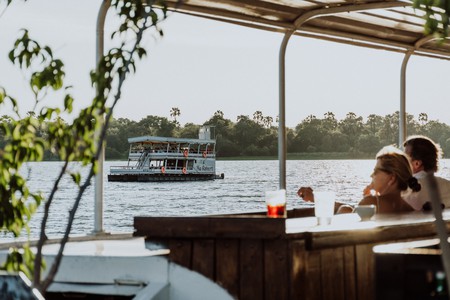 To save yourself time and money, leave your car on the Zimbabwean side. Ask the lodge or hotel you’re staying at to help arrange a taxi to the border (it should cost about £3). Arrange a transfer in advance to have someone meet you at the Zimbabwe border and get a lift across the bridge to go through the Zambian border. Here’s an easy-to-use guide to applying for a visa to Zambia.