African Animals That Are Close to Extinction 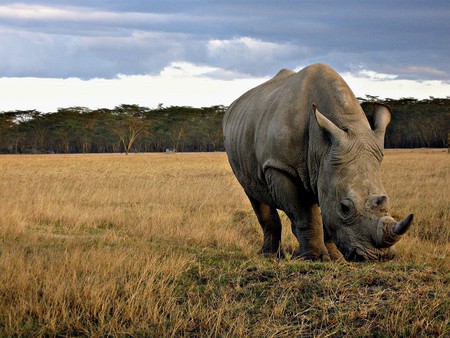 Africa’s diverse wildlife is one of the continent’s biggest draws, but, unfortunately, many are coming alarmingly close to extinction. Although the plight of bigger creatures like the rhinoceros are well documented, there are several smaller and lesser known animals on the continent that are significantly more endangered.

According to one report, by the Intergovernmental Science-Policy Platform on Biodiversity and Ecosystem Services (IPBES), humankind is a serious threat to most animals owing to encroachment, deforestation, hunting, and pollution.

Many countries, such as Rwanda, with its unique gorilla population, depend on these endangered animals for tourism. Though many countries have been slow to react, widespread conservation and awareness efforts are underway in most countries where these animals are endemic, including relocations. Here, we take a look at some of the African animals that currently face the biggest threat of extinction.

The African wild dog, also called the African hunting dog or African painted dog, is one of the most endangered carnivores on the continent. It has few natural predators, with lions and hyenas the only real threats, but its numbers are declining. This is largely due to human–carnivore conflict in the form of overpopulation, disease, and poaching. 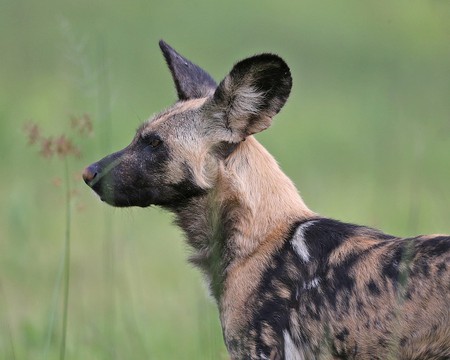 Though the recent death of Sudan, the last male northern white rhino, captured headlines, most species of rhinoceros around the world are facing a similar threat. Black rhinos in Africa are particularly close to extinction, but so too is the white rhino, thanks to a marked increase in poaching.

Bonobos, chimpanzees, and gorillas are among the most threatened species on the continent, and in spite of recent conservation efforts their numbers are decreasing. These animals are particularly susceptible to poaching and habitat loss, as humans encroach or harvest the vast forests that once protected them. 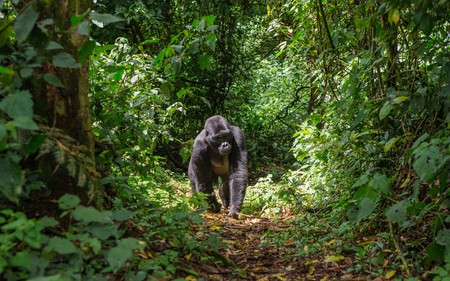 The green turtle, one of the largest sea turtles still in existence, migrates vast distances across the ocean between feeding and nesting sites. It is found in coastal East Africa and is highly endangered with a decreasing population. The main threats to the green turtle’s population are over-harvesting of eggs, hunting, loss of nesting sites due to human habitation, and the impact of fishing. 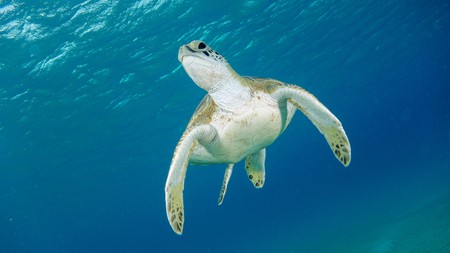 According to the South African National Biodiversity Institute, the Pickersgill’s reed frog, named after the herpetologist Martin Pickersgill, is critically endangered, with its habitat in decline. They’re found primarily in the wetlands of coastal KwaZulu Natal in South Africa, and owing to their minute size, unusual behaviour and call, and generally secretive nature, they are incredibly difficult to spot.

Environmentalists predict that there are just 500 living adult riverine rabbits, making it one of the most endangered mammals in the world. It’s found mainly in the Karoo deserts of South Africa’s Northern Cape. The main threats to their population are habitat destruction by farming, and predation from domestic animals.

The Knysna seahorse is one of the best-known seahorses in Southern Africa. They are one of only five seahorses seen along these shores, and were one of the first species to be classified as endangered by the International Union for Conservation of Nature. Overall, its population has declined by at least 50% in the past 10 years. 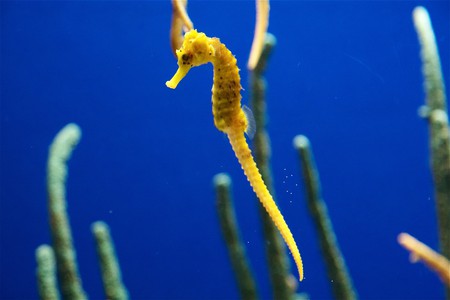 The tiny golden mole lives underground in the bushveld regions of South Africa. These creatures are under threat as a result of habitat loss and hunting by domestic animals. They are rarely seen and emerge above ground only after dark, making exact population numbers difficult to determine.