Every year, the Islamic Educational, Scientific and Cultural Organisation, or ISESCO, selects a city from Africa (as well as Asia and the Middle East) as an Islamic Cultural Capital. The nomination means that the heritage of each chosen city is protected, as well as giving people a chance to celebrate contemporary Islamic culture. Starting from the inaugural year of 2006, we explore what the African Capitals of Islamic Culture have to offer. 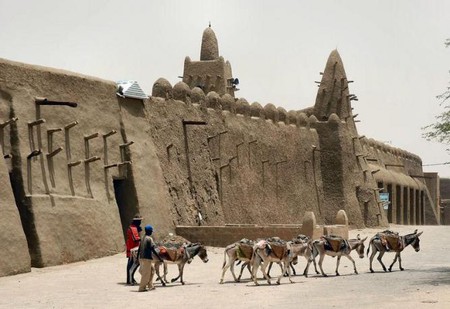 Timbuktu is absolutely essential in uncovering the written culture of Africa. It was once the intellectual capital of the continent, and a center of scholastic activity. In its golden age, around the 15-16th Century, Islamic intellectuals would flock to Timbuktu, viewing the area as a useful platform for them to propagate Islam throughout Africa. Today, one can imagine what it was like back then by admiring the prestigious Koranic Sankore University and the city’s impressive mosques, Djingareyber Sidi Yahia and Sankore. Sadly the Ahmed Baba Centre was set on fire by Islamist rebels, an action denounced by ISESCO, yet fortunately many of the historical medieval manuscripts were saved. There is also an active contemporary music scene, as exemplified by the Festival au Desert, normally held every year in Timbuktu, that shows the best in Tuareg music. Ultimately, Timbuktu still holds the key to discovering Africa’s intellectual history.

Whereas Timbuktu was once the bohemian Paris of West Africa, a cultural hub dominated by Islamic intellectuals, nowadays it’s Dakar that is often called the Paris of West Africa. Dakar, the capital of Senegal, is a fascinating and tolerant place as it is remarkably diverse, consisting of many different ethnic groups and religions. Surrounded by the Atlantic ocean, Dakar is a scenic area and is also full of culture. For example, the French institute of Senegal highlights the city’s cultural legacy, while the most important religious building in Dakar is the Grand Mosque, built in 1964. Furthermore, there is a now a new addition to the city’s landscape, the African Renaissance monument. Costing around £17 million, it was unveiled in 2010 to mark Senegal’s 50 years of independence. The monument is notable for being taller than the Statue of Liberty. 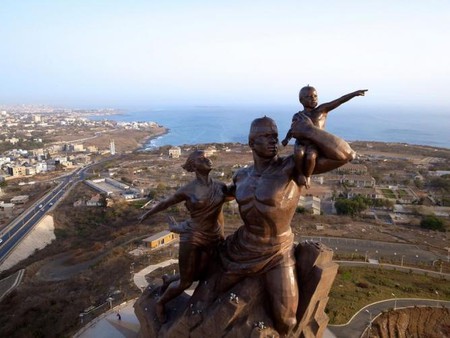 Djibouti city, located on the Red Sea, centers around the busy port where many refugees and migrants first set foot in the city. The city only gained independence from the French in 1977, which adds to its intrigue culturally as it is a crossover of 20th century France and modern Africa. Similarly, the city’s European Quarter is an interesting mix of Moorish architecture and arcades where Parisian styled cafés can be found. The European Quarter was where Europeans hung out back during Djibouti‘s colonial period. So Djibouti has an interesting blend of cultures and styles of architecture. In the African quarter, there is the Hamoudi Mosque built in 1901, an important Islamic monument in Africa.

Close to the famous Lake Chad, N’Djamena has witnessed a lot of conflict over the decades. Yet ISESCO has helped to highlight its significant cultural legacy rather than its history of strife. There are plenty of Mosques in N’Djamena, such as the Grand Mosque near the university. There are also churches of various Christian denominations. The Chad National Museum in N’Djamena plays a crucial role in upholding the city’s Islamic heritage, as it possesses historical ethnographic and archaeological documents. Furthermore, the city’s Institut Français hosts cultural events, including the popular N’djam Hip Hop Festival.

This is certainly one of the most unusual places in this list, as Comoros is a group of small volcanic islands between Madagascar and Mozambique. Moroni, the capital city, has a predominantly Sunni Muslim population and, as a result, celebrates the major holidays in the Islamic calendar, such as Eid al-Fitr at the end of Ramadan. The Medina district in Moroni attracts people with its narrow, winding alleys through the ancient Arabic buildings. There are indeed various mosques here, yet the highlight has to be the Old Friday Mosque, built in 1427, which overlooks Harbour Bay. 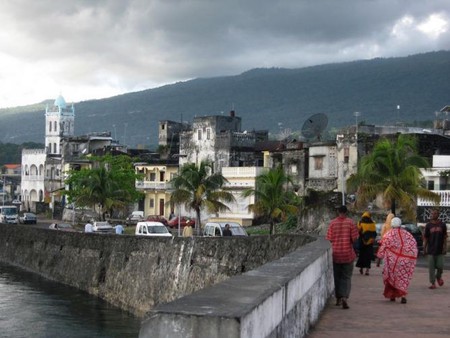 Conakry is a port city that faces the Atlantic ocean in West Africa. When the city was appointed African Capital of Islamic Culture in 2011, ISESCO began to try and boost the current economic situation in the city. Close to the pleasant Conakry Botanical Garden is the Grand Mosque, funded by the Saudi Arabians, which is one the largest mosques in the African continent. Additionally, Conakry can boast of having a successful ballet company, Les Ballets Africains, that tours internationally.

Founded in the 18th century, Niamey quickly became an economic powerhouse and was therefore made capital of Niger in 1929. Lying on the Niger river, Niamey can lay claim to being a tolerant religious community with Roman Catholics, followers of various Muslim traditions and people adhering to Bahá’í faith all inhabiting the city. Its emerald-domed Grand Mosque, financed by Libyan money, is certainly one of Niamey’s main attractions, while the Niger National Museum is one of the most impressive in West Africa.

Kano is the capital of the Kano State in northern Nigeria. It is a historical area steeped in rich Islamic tradition, and it is, therefore, no surprise that ISESCO chose the city as African Capital of Islamic Culture last year. The city of Kano has expanded over the centuries owing to its geographical location, which enabled the area to become one of the major trade routes in Africa. It was during this 15th-century expansion that Arab scientists and scholars came here and consolidated the Arab-Islamic influence in Kano’s culture. Surrounded by ancients walls, there is plenty of Moorish infused Islamic architecture to admire. Significant monuments of Islam includes the Great Mosque and the Emir’s Palace, the home of Nigeria’s second highest Islamic authority.

This year’s African Capital of Islamic Culture is Ouagadougou or Ouga as it’s sometimes called. The French occupied the area in 1896 and it only gained independence in 1956. Although not a well-known African city outside of the continent, nevertheless Ouga has a vibrant arts scene. Along with the African Art Museum and the Ouagadougou’s National Center for Arts and Crafts (CNAA), there is also the biennial International Arts and Crafts Fair (SIAO) to engage with. Additionally, there is the PanAfrican Film and Television Festival, hosted annually in Ouagadougou, the biggest festival of its kind in Africa.

Porto-Novo may be the official capital of Benin, yet many would say that Cotonou is the country’s true beating heart, being the largest and most exciting city in the country. Benin itself is actually the birthplace of voodoo, while most of the country today still practices folk Islam. Cotonou Central Mosque is the most notable building in this majority Muslim country, although another distinct and beautiful building is Cotonou’s Roman Catholic cathedral, with its burgundy and white tiled exterior. Furthermore, Benin has played a pivotal role in Africa’s music scene as highlighted by the record label Analog Africa. In the 1970s, the country was a hotbed for afro-funk, led by a pioneering band called Orchestre Poly Rythmo de Cotonou.