A Vibrant Scene: Intra-Continental Interaction In The African Art World 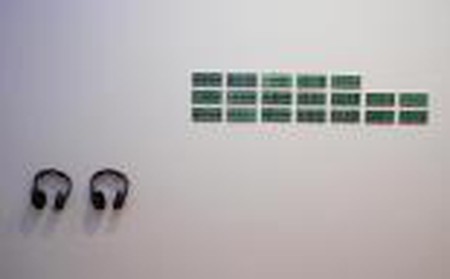 The growth and success of independent visual art spaces and cultural centres across Africa has led to a significant transformation of the contemporary art scene. There exists a wealth of internationally acclaimed artistic talents living and working on the continent, as Bomi Odufunade reveals.

At this year’s 55th edition of Venice Biennale, Luanda-based photographer Edson Chagas won the top honour, the Golden Lion for the best national pavilion, for Angola. The occasion marked the first time in the Biennale’s history that an African country has been awarded the prestigious prize. Over at Art Basel in Switzerland, South African artist Kemang Wa Lehulere stole the show by winning the Bâloise Prize, the annual award, recognising artists exhibiting in Statements, Art Basel’s sector for young and emerging artists. While recently Egyptian visual artist Basim Magdy and Moroccan born Bouchra Khalili were two of the five recipients presented with the 2014 Abraaj Group Art Prize.

Until the mid-90s, only a few venues or platforms existed to showcase work by emerging or even established artists. Notably in 1995, Marilyn Douala Bell and Didier Schaub created Espace doual’art, a groundbreaking gallery space with an experimental programme in Cameroon.

Other collaborative spaces for exhibitions and artists’ programmes were established including L’appartement 22 in Morocco, the Townhouse Gallery in Egypt, the Nubuke Foundation in Ghana and CCA Lagos (Centre of Contemporary Art) in Nigeria. ‘I felt that there was a gap within the provision of contemporary art,’ offers Bisi Silva, CCA’s Director. ‘There has been a phenomenal shift in just under a decade… with the intra-continental interaction, the scene is also more fluid, more vibrant than ever before.’

What has developed is a new generation of galleries making their mark locally as well as attracting international audiences for its artists and programme. South Africa has been quietly leading the way, among them the Stevenson, Goodman, Gallery MOMO and WHATIFTHEWORLD galleries. Joost Bosland, Director at Stevenson, Johannesburg notes, “There is a great amount of energy in South Africa at the moment … In Johannesburg, a group of young artists have emerged. People I am thinking of include Kemang Wa Lehulere, Nicholas Hlobo, Zander Blom, Serge Nitegeka, Nandipha Mntambo, Zanele Muholi, the list goes on. Paris born and Abidjan-based Cécile Fakhoury launched a new space in Côte d’Ivoire with the aim of promoting contemporary art across the continent. Fakhoury says, ‘For a long time, artists wanted to leave, to be exposed, in Europe or the USA, but today we are seeing many returning to the country. It can be easily explained … We have more spaces dedicated to culture and the arts.’ While in London, Maria Varnava, Founder and Director of Tiwani Contemporary, opened her gallery focusing principally on contemporary artists from Nigeria, from across Africa and its diaspora. 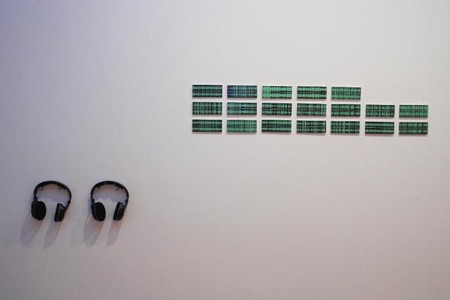 With the global contemporary art market transforming, international art fairs are now focusing on the emerging markets of Asia, Middle East, and Africa. In March this year, the Marker section of Art Dubai chose to spotlight art from West Africa. The 2011 edition of Paris Photo showcased the past and present in contemporary photography from Africa and in October, a new art fair, called ‘1:54’, will launch in London focusing on Africa and international galleries exhibiting the work of African artists.

As prices soar and record results are being achieved by some of the continent’s leading artists, auction houses are now playing a key role. Art House Contemporary in Lagos and Terra Kulture, a Nigerian Arts & Culture Centre, regularly hold auctions of modern and contemporary art from Africa to great success. Outside the continent, the market leader has been Bonhams in London, although in 2010, Phillips auction house entered the market with AFRICA, showcasing the current contemporary talent with sales totalling $1,401,038. Rumours are abound that Christie’s is actively looking at ways of integrating contemporary artists from Africa into its auction program. 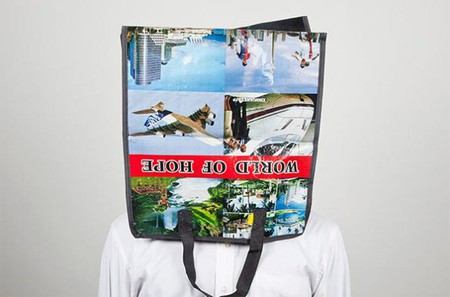 What cannot be ignored is the success of artists like Beninese Meschac Gaba and Ghanaian born, Nigeria-based El Anatsui while choosing to remain working and living in Africa. In July, Gaba will have his first solo show in London at Tate Modern. Gaba’s gallerist in Paris, Fabienne Leclerc, adds, ‘He (Meschac) is very involved with the development of the art scene in Benin. He opened a residency for young artists and a library, giving access to international contemporary art to a young generation of students in art.’ Leclerc is now representing fellow Benin artist Dominique Zinkpè whom she met at Cotonou Biennale.

Anatsui’s woven tapestry of flattened bottle caps, titled Another Plot,achieved a world record, selling for $1,179,750 at Christie’s this May, and currently he has two major solo museum shows in the U.S. Christa Clarke, Curator, Arts of Africa at Newark Museum in New Jersey, says, ‘It’s been great to see the worldwide impact of El’s work. When we acquired our ‘metal wall cloth’ in 2005, he wasn’t very well-known and now his work is represented in almost every major museum in the U.S. I like to think that his individual success has encouraged greater interest in contemporary art from Africa in general.’

Recently Tate Modern in London appointed Elvira Dyangani Ose its Curator for International Art focusing on Africa, while launching the Africa Acquisitions Committee to assist the institution in acquiring works of contemporary art from the continent. Fascinatingly, the U.S. seem to have been ahead of the game in embracing art from the continent. Many museums across the country hold well-established collections of classical and traditional African art and have been venturing into the contemporary realm over the past decade from Museum of Fine Arts in Boston, Detroit Institute of Arts in Michigan to Nelson-Atkins Museum of Art in Missouri, Virginia Museum of Fine Arts and Metropolitan Museum of Art in New York. Newark Museum has gradually shifted the museum’s focus towards contemporary art from Africa. In 2010, the museum opened a permanent gallery devoted to works by artists from its collection, including Olu Amoda, Osi Audu, Viye Diba, Lalla Essaydi, Atta Kwami, and Yinka Shonibare. Clarke adds, ‘A few modern and contemporary works were acquired in the 1990s but the museum began to collect actively about a decade ago, shortly after my arrival in 2002. I felt strongly that we needed to represent what artists were creating today, to present to our audiences the contemporary relevance of African art.’

Kemang Wa Lehulere, ‘Remembering the Future of a Hole as a Verb 1’ (Installation/Performance at Kwazulu Natal Society of Arts, Durban, 2010)

Los Angeles County Museum of Art (LACMA) brought on board former Deputy Director and Chief Curator of the Fowler Museum at UCLA, Polly Nooter Roberts, as Curator of African Art to help launch a programme and establish a gallery dedicated to the arts of Africa. Nooter Roberts affirms, ‘The dedicated art gallery will have rotating exhibitions, and several are in planning stages. Our inaugural exhibition Shaping Power: Luba Masterworks will open this July featuring a selection of sculptures complemented with a contemporary installation by Congolese artist Aimé Mpane who divides his time between Kinshasa and Brussels.’

While a new generation of seasoned African collectors have emerged from across the continent, what is fundamentally lacking are major institutions in collecting contemporary art. Europe and the U.S. hold a preponderance of works by artists from the continent in their museums and private collections. Many museums in Africa were built during the colonial era and offer limited collections, meanwhile most of them are lacking resources for funding exhibitions and acquisitions.

A logical step for the continent in supporting and building institutions is to initiate a programme of urban, cultural and social investment by using a combination of government funding and financial endowments from the private sector. There is an abundance of accomplished architects from Diébédo Francis Kéré (Burkina Faso), Kunlé Adeyemi (Nigeria) to Koffi & Diabaté (Côte d’Ivoire), Mphethi Morojele (South Africa) and Danielle Diwouta Kotto (Cameroon) who could build institutions that would not only enhance the local landscape but reinvigorate the architecture in many cities across Africa. 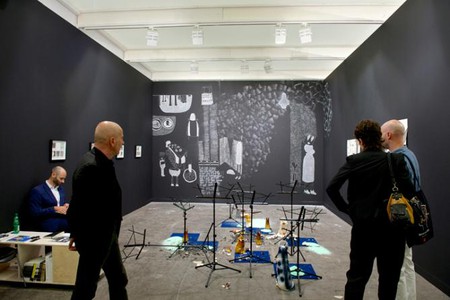 Imagine if some of Africa’s richest industrialists like Aliko Dangote, Folorunsho Alakija, Othman Benjelloun, Patrice Motsepe, or Nassef Sawiris helped finance the construction of a museum of contemporary art in their respective countries. Again the impact on not only the local art sector but on the international art scene would be phenomenal.

Bomi Odufunade is director at Dash & Rallo, a bespoke international art advisory specialising mainly in contemporary art from Africa and its Diaspora. She advises on all aspects of establishing and building art collections, providing art consulting services for art collectors including estates, not-for-profits and corporations. Previously, Bomi has worked at Thames & Hudson, Tate Modern and Haunch of Venison gallery in London. She is based between Paris, Lagos, and New York.