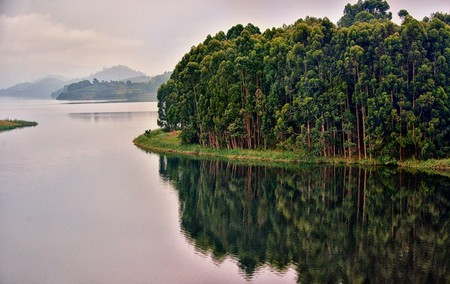 Although Indonesia, Iceland and Portugal have dominated recent lists of honeymoon destinations, East Africa has a lot to offer the discerning couple. The region is certainly not without options: romantic safari lodges in Kenya, beachside getaways in Tanzania, gorilla trekking in Rwanda, and a whole bevy of other locations make for perfect honeymoon trips. Check out our pick of the 12 best locations for your honeymoon in East Africa.

Serengeti and Ngorogoro Crater in Tanzania

Located in Northern Tanzania, the Serengeti and Ngorogoro Crater both offer some of the best wildlife viewing in the world. A safari through the national parks might reveal a lion hunt, the wildebeest migration or a sighting of the elusive white rhinoceros. Candlelit dinners, sunrise hot-air balloon rides, and walking safaris with park rangers are all available through most accommodations. 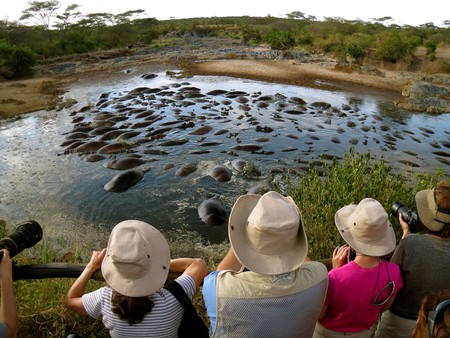 Lamu, an island on Kenya’s Swahili coast, shines with old-school charm, Arabic-influenced architecture, and idyllic beaches. Expansive resorts and luxurious town houses dot the coast, and honeymooners can spend their days exploring the town by foot, relaxing on the beach, and eating the freshest of seafood. 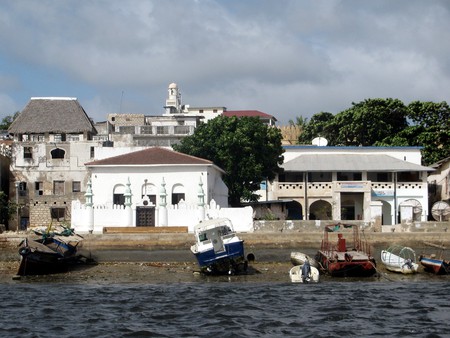 Home to the country’s famous endangered mountain gorillas, Rwanda’s Musanze district is full of lush bamboo forests, luxury lodges, and volcanic views. Visitors to the region sign up for gorilla trekking months in advance, as permits are expensive and often hard to come by, but it is so worth it for the chance to watch gorillas in their natural habitat. For accommodation, book a stay at the ultra-exclusive and eco friendly Bisate Lodge, enjoying their romantic villas and panoramic views. For a more budget-friendly destination, check out Bwindi Impenetrable Forest in Uganda for gorilla trekking. 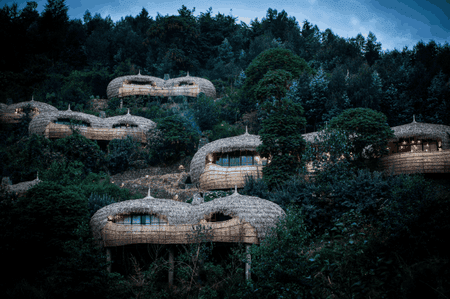 For adventurous types, look no further than Jinja, Uganda’s premier Nile River destination. Couples can go white-water rafting, kayaking, hiking, and bungee jumping, in addition to enjoying a lively party scene. Though Jinja possesses a bit of a backpacker vibe, honeymooners will find solace on the scenic river, taking in some of the region’s most spectacular sunsets over the Nile. 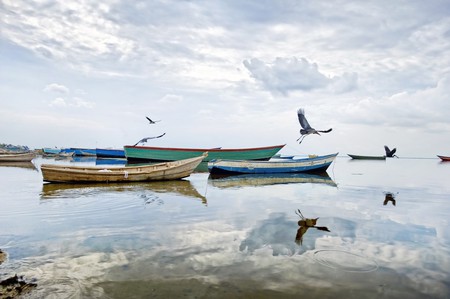 Bujumbura, Burundi’s capital city, has the best of both worlds: it sits on the shore of the gorgeous Lake Tanganyika, and offers up some of the country’s best restaurants and bars, as well as a vibrant arts and music scene. Although Burundi’s political situation hasn’t been the most stable over the past few years, it’s slowly on the up and up and will soon enough be a must-visit travel destination once more.

Lake Kivu, shared between Rwanda and the Democratic Republic of Congo and located just an hour away from Musanze, Rwanda, is known for its gorgeous weekend trips, lush countryside, calm lakeside retreats, and a myriad of lakeside activities. Spend a few nights in Gisenyi or Kibuye, two of Rwanda’s largest lakeside towns – both of them are perfect for a romantic getaway. 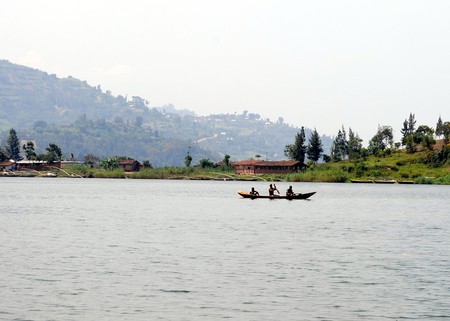 Zanzibar, an archipelago just off the coast of Tanzania, is one of the world’s most serene getaways. Turquoise waters and white-sand beaches surround the island, with central Stone Town operating as Zanzibar’s capital. Be sure to visit Nungwi, Page, Michamvi, Jambiani, and Kendwa, Zanzibar’s best beaches. Before heading off to the scenic beaches, though, do spend some time wandering the narrow and colorful streets of Stone Town, making sure to indulge in the city’s best restaurants and peeking into storefronts. 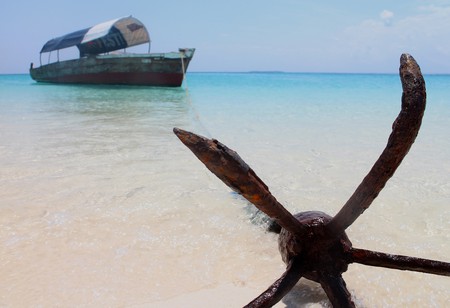 Much like the Serengeti in Tanzania and cut from the same swath of land, Maasai Mara is known for its unbelievable vistas and animal encounters. Some of Kenya’s best luxury lodges are located within the park itself, offering stunning views, privacy, and a whole lot of room for romance. 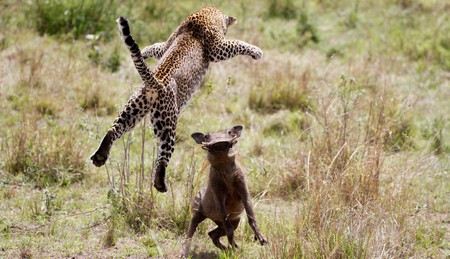 Rwanda’s twin lakes are quickly becoming known as one of the most serene spots in the country. Lake Burera and Lake Ruhondo, dotted with small islands and fish eagles, boasts crystal-clear water and rolling hills with countless rows of terraced farming. The lakes have options for both the budget and upmarket traveler; check out the campsite on Ile de Cyuza and Volcanoes Safari’s luxurious Virunga Lodge. 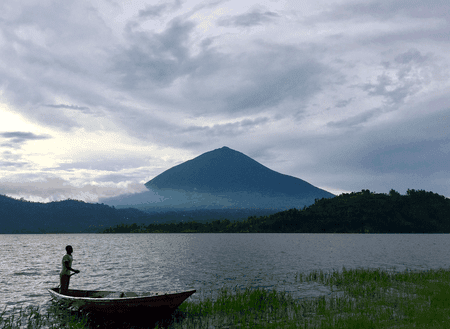 Mafia Island, just a 20-minute flight from Dar es Salaam, is Zanzibar’s cooler and less touristy younger sister, offering some of the region’s best scuba diving. Travelers can stay on beachfront property and dive the day away, as well as snorkel with whale sharks and adventure around the island on boats. 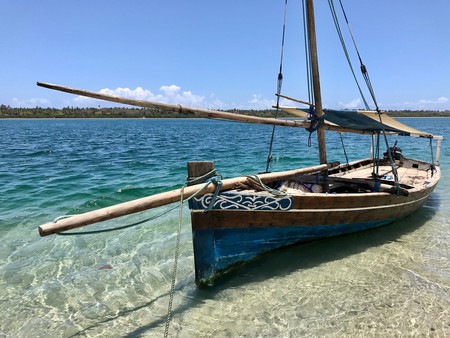 Nairobi, East Africa’s most buzzing city, boasts culinary options galore, an enviable arts and music scene, and plenty of high-end shopping. Though a lot of tourists skip the city and head straight to safari or the coast, make sure to spend a few days enjoying the Nairobi scene. If a safari in the Maasai Mara or Lake Naivasha isn’t on the cards, look into feeding giraffes at Giraffe Manor and cavorting with elephants at the David Sheldrick Foundation. 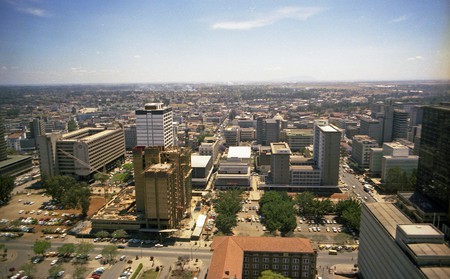 Located in Uganda, right near the border of Rwanda, Lake Bunyoni is best characterized by its layered hills, misty mornings, and colorful sunsets. Several islands on the lake have campsites and lodges, where you can spend your time on dug-out canoe trips, hikes, and casual Scrabble games on the porch. Spend some time exploring the area, perhaps visiting Queen Elizabeth National Park for a safari, or Bwindi Impenetrable National Park for some gorilla trekking.

Reflections to Lake Bunyoni | © Rod Waddington / WikiCommons
Give us feedback