11 Films That Celebrate African Culture As You've Never Seen It 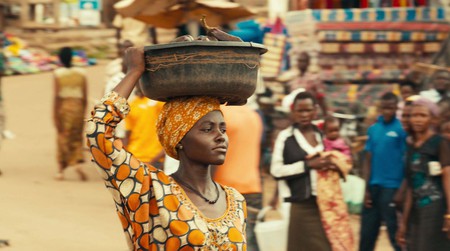 African cinema has undergone a popular resurgence in recent years thanks to a number of daring films that not only challenge international expectations, but also celebrate local culture. Global audiences and movie critics alike are now paying close attention to what the continent has to offer, and with such a vast array of voices finally being heard, here are our picks of the best African films of recent years.

The most successful Nollywood film ever, The Wedding Party manages to highlight the pressures of weddings in a uniquely Nigerian style. Premiering at the Toronto Film Festival, and raking in the cash ever since, the movie is a comedy that succeeds in its primary aim of entertaining the viewer. A crowd-pleaser in the truest sense, and a film that will make you want to get an invite to a Nigerian wedding as soon as possible.

An inspiring documentary that about a small Ethiopian village that has produced a disproportionately high number of Olympic-calibre athletes. If you are going into the film looking for a magic formula, however, you might come away disappointed. The blood, sweat and tears on display highlight the true value of good old-fashioned hard work.

With an almost unheard of 99% approval rating on reviews aggregator Rotten Tomatoes and claiming the honour of being the first Mauritanian film to garner an Oscar nomination, Timbuktu is rightly seen as one of the finest films of the decade, let alone one of the best African films from the ‘New Wave’. The plot is as topical as they come, with a city under siege from black-flag-toting jihadists, but it’s the triumph of the human spirit over adversity that really shines through.

Showcasing the rising music talent that is Fatoumata Diawara (also known as Fatou), this documentary follows the performer on a visit back to her home country, having fled it years earlier. The relationship between Mali and music is cleverly explored, as is the increasing influence of Islamic radicals in the area, who banned performances for a period in 2012.

With a startlingly believable performance from Presley Chweneyagae as the titular character and an Oscar win for Best Foreign Film in the bag, Tsotsi is a perfect entry film for anyone interested in African film. When a young gang leader steals a car, he is shocked to find a baby on the back seat. On the run from the law, Tsotsi desperately searches for someone to help him care for the infant while trying to reform his wayward behaviour. Director Gavin Hood captures a side of South Africa we rarely see on screen, and never sugar-coats or softens the leading man, resulting in a film that stands the test of time.

Adapted from an ESPN magazine article and subsequent book, this biographical account of a young chess champion from the Ugandan town of Katwe does a great job of showing the talent that is often overlooked in Africa. What’s great about the film is that it avoids cliche and instead gives us a strong narrative about rising up against the odds.

Following the Kenyan government’s announcement of an offer of free education for everyone, an 84-year-old farmer decided it was time he too learned how to read and write. Despite opposition from most quarters, Kimani is determined to attend classes and finds an ally in one teacher who also has to confront her superiors.

On the surface, The Wedding Ring (Zin’naariyâ!) could be mistaken for a simplistic love story, but that would overlook the cultural significance of a female-directed film from Niger. We follow a young woman who returns from her studies in Paris to a place that has resisted the outside world. Her journey manages to draw out the political inequalities of both race and gender, while maintaining a genuinely warm reflection on a gentler way of life.

Challenging all sorts of preconceptions, part sci-fi and part social commentary, District 9 was a breakout hit. In an alternate reality where aliens and humans live side-by-side, a rogue government agent (Sharlto Copley) is forced to hide in the slums he helped create in order to hide his gradual transformation into the beings he initially despises. Director Neill Blomkamp proved how action, eye-popping special effects and ballsy filmmaking can all be done on a micro budget. The film should be championed by all for its uncompromising attitude.

Sure, it boasts an international cast, but that’s not to dismiss this adaptation of Chimamanda Ngozi Adichie’s seminal novel as being any less authentic than other entries on our list. As their country is torn apart by the brutal civil war of the 1960s, two sisters (Thandie Newton and Anika Noni Rose) face up to their own choices and the repercussions of their actions. As a celebration of African literature and film, it’s hard to look past this one. Look out also for a pre-Star Wars appearance from John Boyega, too.

One of the most influential filmmakers of all time, Ousmane Sembène’s story is one that deserves to be told, and seen, by everyone who loves cinema. The Senegalese director started off as a novelist, but not before being drafted in to serve under the command of the French military during WWII. This documentary gives us a wonderful insight into the man who made several award-winning films and who produced the first sub-Saharan feature film ever made on the continent.

For a closer look at one of Africa’s film industries, explore the resurgence of Ghanaian cinema with this episode of Beyond Hollywood.