Culture Trip looks at the career of Angolan rapper MCK, who has attracted both acclaim and notoriety for his musical protests against the regime of President Eduardo dos Santos and the endemic poverty and repression of his fellow Angolans. 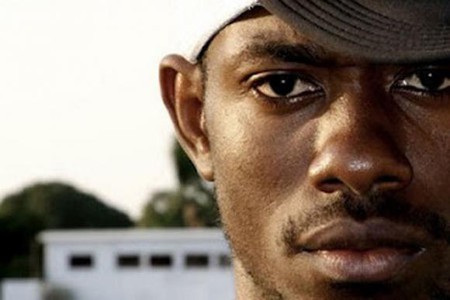 Born in Catambor, one of Luanda’s poorest areas, socially conscious rapper MCK has come to transform himself into an example for young Angolans, a symbol of talent and innovation and an international icon committed to exposing the difficulties faced by Angolan dissidents. Having met with important figures such as the German Chancellor Angela Merkel and José Manuel Barroso, current President of the European Commission, MCK has consolidated his reputation as a voice for change in Angola which echoes in and out of Africa and which has caused major discomforts to Angolan President Eduardo dos Santos.

Since the MPLA (or Popular Movement for the Liberation of Angola) emerged victorious from 27 years of civil war – winning its legitimacy to rule in the 2002 elections – the construction of Angola has been slow, characterised by both economic growth and inconsistent political democratization. Angola has an increasingly influential role within Africa due its military power and its accentuated economic growth, which is based on the exploration of petroleum and diamonds. However, the country was placed 148th on the 2011 Human Development Index, mainly due its structural difficulties regarding social distribution of wealth, the provision of decent health care and effective infra-structure resources.

Ruled since 1977 by MPLA’s José Eduardo dos Santos, the government has lately been targeted by different political and cultural activists with accusations of inefficiency and corruption, but also violent and arbitrary repression. Surprisingly, a group of young and committed Angolan musicians have stood up among the broad scope of political opposition movements, passing their claims for resistance and change through a set of reflexive lyrics and powerful beat combinations. ‘Angolan hip-hop is an active force that came to revive the fighting spirit of the music made in the 60’s and 70’s against colonial oppression’ says MCK, Angolan rapper and ideological leader of his generation, in a radio interview after releasing his last work: ‘Proibido ouvir isto’ (Forbidden to hear this) in December, 2011.

MCK, also known as MCKapa or simply Katro, a diminutive of his real name Katrogi Nhanga, has earned legitimacy and popularity through his political activism. He addresses strong critiques at the current Angolan government by making rap music an effective vehicle to enter the minds and spirits of the youth who he perceives as trapped in the alienation and ‘modern slavery’ promoted by dos Santos’ government. The rapper’s style makes this task easier as he handles street language comfortably and rhymes smoothly about day to day issues affecting regular Angolans. In fact, his strong identification with the reality of Luanda’s musseques (slums) allows him to reflect upon sophisticated social, political and philosophical ideas without coming across as the traditional intellectual or politician seeking to enlighten and educate. His intelligent lyrics, filled with political concepts, post-colonial criticism and philosophical insights are rather seen as a revolutionary discourse of an Angolan that has gone beneath the surface of his reality and had the talent and courage to articulate it and sing it loudly. In ‘Atrás do prejuízo’ (Struggling with disadvantage), his first single, MCK denounces core problems of Angolan society such as unemployment, social insecurity, lack of education and opportunities from the eyes of a youth left without many opportunities.

The recent upsurge in political dissidence inspired by MCK and other artists and activists has corresponded with a sharp intensification of government repression from which MCK himself has suffered. The case of a young man assassinated by the presidential guard allegedly after shouting a scathing song from MCK’s first album ‘Trincheira de Idéias’ (Trench of Ideas) was particularly debated within the national media. At the time MCK expressed his ‘deep sadness and embarrassment for the violation of the most humble of human rights’, as well as for the notoriety he obtained due such a tragic event. ‘Nutrição Espiritual’ (Spiritual Nutrition), the second album of the rappers’ career had its sale prohibited by what he described as ‘superior orders’ only three days before its official launch. Even suffering from these and other intimidation attempts, the rapper has promised not to slow his pace down and even named his third album as ‘Proibido ouvir isto’ (Forbidden to hear this) as it ‘is the reflex of a career rewarded with prohibitions, political persecution, intimidation and several detentions’.

‘Proibido ouvir isto’ has broadly been acclaimed as MCK’s most complete achievement both musically and politically, inspiring a new wave of public discussions and protests against Angola’s poor life conditions, corruption and repression. Despite dispensing his ingenious lyrical capacity across a variety of taboo themes such as prostitution, incarceration, racism and religious fanaticism, the album has as its main feature a fresh and striking emancipatory message. The appeal for better living conditions and political transparency has become a robust criticism that sees current government as another stage of colonialism and encourages Angolans towards critical education and questioning. In the album’s most successful singles ‘O País do Pai Banana’ (The country of father Banana) and ‘Eu sou Angola’ (I am Angola) MCK denounces the gravity of Angola’s present situation, but also claims that only personal empowerment would allow Angolans to understand its colonial past and guarantee a more decent future.