The Angola Pavilion at the 2013 Venice Biennale titled ‘Luanda, Encyclopedic City’, won the Golden Lion for best pavilion. The first sub-Saharan country to participate in the biennale, the subtle and thoughtful installation of Edson Chagas’ photographs questions our perceptions of the city, and the ways in which an inundation of symbols characterises urban life. 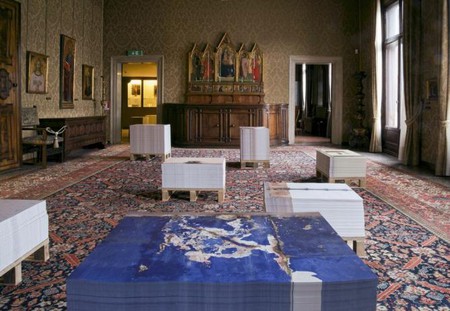 As the first sub-Saharan African country to participate in the Venice Biennale, the creative team faced the daunting task of representing Angola as much as its artistic scene. To say Angola has changed in recent years is an understatement. Since the civil war ended in 2002, the country’s economy has become the fastest growing in Africa and one of the fastest in the world. The sudden influx of wealth has seen vast redevelopment and urban transformation for Angola, centred on its capital, Luanda. Yet these changes are as contentious as they are beneficial, and if left unchecked, the lack of infrastructure could arguably result in an urban sprawl with no centre. 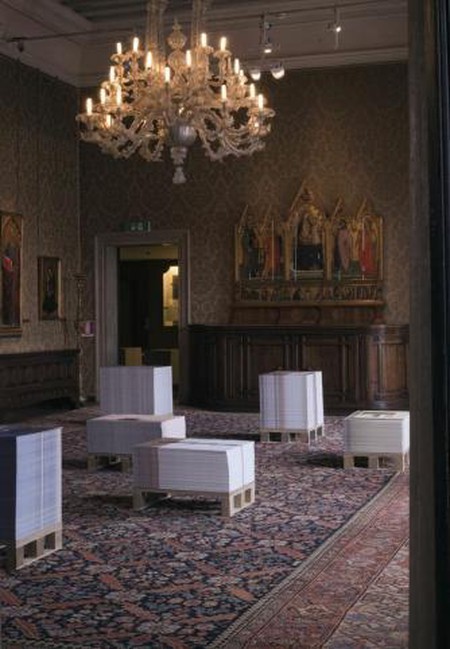 Luanda’s complex past and present becomes the focus of the Angola Pavilion at the 2013 Venice Biennale. This examination of the city, whilst also a response to the biennale’s theme, is also a clear continuation of the practices of both the artist selected, Edson Chagas, and the curatorial duo involved, ‘Beyond Entropy’ (Paula Nascimento, Stefano Rabolli Pansera), who curated the Angola Pavilion for last year’s International Architecture Exhibition – La Biennale di Venezia.

Chagas’ photographic series Found Not Taken is the basis for the work shown at the pavilion. An ongoing project that in fact takes in different locations, including London and Newport, Beyond Entropy decided to use Chagas’ images that focus upon Angola’s capital. Found Not Taken is a systematic documentation and cataloguing of abandoned objects around the cities that have been repositioned or rearranged by the artist, then photographed, repurposing the objects for the benefit of the project. This act of recycling the abandoned refers to an Angolan tendency for appropriating and reusing objects for functional purposes. Thus, the notion of producing artworks that are subtle aesthetic arrangements between location and found object, whilst having roots in the sculpture of the French artist Duchamp, takes on new meaning within the cultural context of the African country.

The rearranging of discarded objects explores the various dichotomies that exist in the city as it undergoes rapid restructuring; how both the planned and the unplanned combine to shape a place. Chagas’ work is displayed in the pavilion in a photographic installation of 23, large format photo posters of his work, displayed in piles. The viewer can take away the images, and is thus allowed to create their own experience of the city through their individual path through the images. The experience of viewing his works in this way creates an alternative viewpoint and taxonomy of Luanda, and being permitted to take away the works questions personal interaction with a city and whether it is ever possible to fully understand a geographical location. Taking the posters away, the photographs becomes an enigmatic series of images that examine the seeming impossibility of providing a complete, ‘encyclopedic’ view of a city. 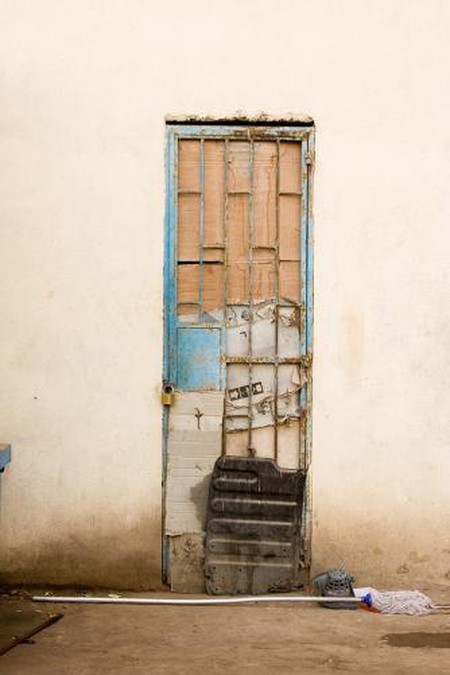 The decision to display his work in such a way is a clear meeting point between the practices of both Chagas and Beyond Entropy. Beyond Entropy’s work for the Architecture Exhibition in 2012 showed a clear interest in relational aesthetics, and the possibility for artistic intervention to implement actual, structural change in a society. They planted Arundo Donax, a commonly occurring cane, in the liminal spaces between buildings in Luanda’s suburbs. The rapidly growing plant naturally filters water through its root system, and is an ideal plant for biomass, making it an environmentally and ecologically sound alternative for municipal growth. The exhibition in Venice then saw a 1:1 reconstruction of the system of planting that viewers could walk around.

The decision for the display of their 2012 project examined the impossibility of recreating or representing an environment, and how this can be used to create an entirely new experience as a result. It is here that the duo’s work overlaps with the interests of the artist selected, Edson Chagas, and it is along this vein that the Encyclopedic City project has clearly developed. There is no attempt to provide an ‘encyclopedic’ perspective of Angola to the western viewer: when viewers walk around the installation, they are not walking around Luanda; when viewers take away the posters, they are not in possession of the city. The novelist Jorge Luis Borges’ On Exactitude in Science described a fictitious 1:1 map, “a Map of the Empire whose size was that of the Empire, coinciding point for point with it.” ‘Luanda, Encyclopedic City’ is clearly not an attempt at a similar endeavour: there is no desire to recreate the city facsimile, but rather to explore the personal interaction with a city, and how this can be used to shape a new, alternative space.

As the first sub-Saharan country to participate in the Venice Biennale, it would perhaps have been tempting for the organisers to create an exhibition centred around an attention-grabbing gimmick, to prove the progressive nature of the Angolan contemporary art scene. The Angola Pavilion is progressive, yes, but not affectedly so; it is a considered, thoughtful gesture that is sympathetic to the country and the viewer. Winning the Golden Lion for best pavilion is a clear, well-deserved success. 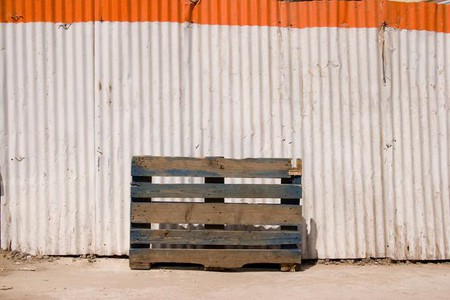