The Most Beautiful Castles And Casbahs In Algeria 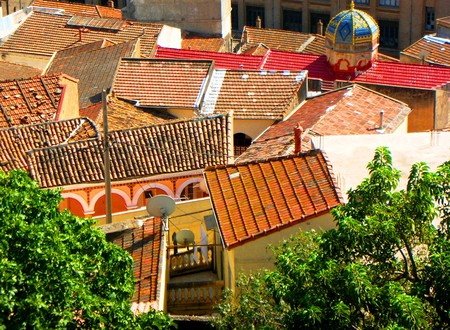 Algeria was formed from a great mix of cultures and outside influences, meaning that the country today has fantastic array of architectural styles, from French colonialism to Spanish architecture. Read on for the most beautiful castles and casbahs (a medina or fortress) in this glorious North African country. 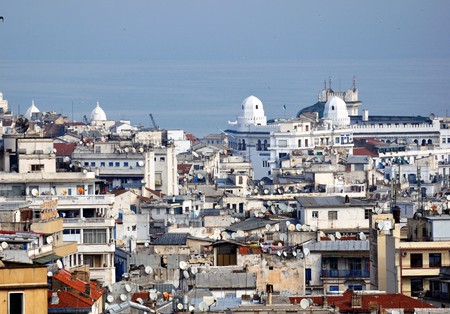 Undoubtedly the most famous casbah in the whole of Algeria, the UNESCO world heritage site, Casbah of Algiers, has a sprawling hillside location dominating the heart of the country’s capital. An absolute must-see for any visitors to the country, the casbah is made up of winding streets filled with palaces, mosques and homes, all with their own fascinating architectural features. One of the most noteworthy aspects of this casbah is the fact that many of the buildings date back from the original Ottoman period in which they were built, and are currently undergoing restoration to return them to their former glory. Unlike so many of Algeria’s other casbahs, the Casbah of Algiers is one of the best preserved. Perhaps one of the most famous buildings in the casbah is the 18th-century Ketchaoua Mosque, alongside the neo-Byzantine Notre Dame D’Afrique, and the hilltop citadel, which offers excellent views over the Mediterranean. Unmissable. 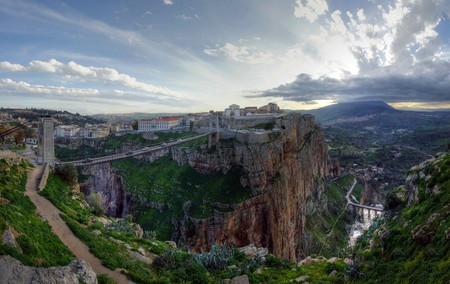 Constantine itself is regarded as the capital of eastern Algeria – such is its importance – and the relics of its status as a Roman city remain evident, most obviously in the form of the impressive viaduct which crosses the ravine. It goes without saying that Constantine is perhaps one of Algeria’s most beautiful cities. The only way to describe it is dramatic; dominated by steep, precipitous drops, as a result it’s colloquially known as the ‘city of bridges’. It is also the setting for one of the country’s most maze-like, labyrinthine casbahs. Located in the historic heart of the center, this casbah has been categorized as a National Heritage site since 1990, with good reason. However, the setting of this casbah is perhaps one of the most impressive of all Algeria’s offerings, as it’s perched precariously on the edge of a deep gorge.

Built by the Almohads as a citadel in the mid-12th century, the casbah in the Algerian town of Béjaïa features a mixture of Spanish and Berber architectural elements. Originally housing a mosque, the Spanish conquered it in 1511 despite its impressively thick and high walls. From then on, changes were made – most notably, a castle was constructed. When French rule reached the Bejaïa casbah, they too continued to make alterations, which explains the mish-mash of cultural heritage to be found today in this architecturally fascinating casbah. By the early 20th century, the casbah was rightly designated a historical monument; however, plans for restoration were cancelled. Closed to the public, it’s been overtaken by vegetation in many areas, but the structural beauty remains apparent just from walking around the site. 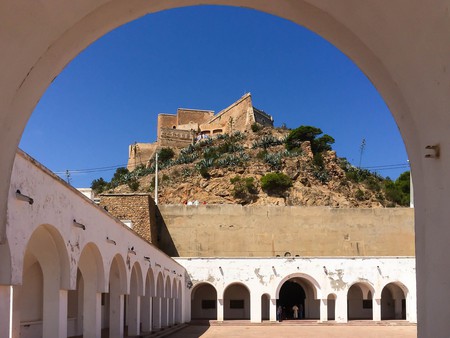 Fort Santa Cruz is located in the northern coastal town of Oran, high up on Mount Murdjadjo. Itself an excellent example of 16th-century architecture, built by the Spanish to watch over the port, this Algerian castle has a jaw-dropping panoramic view of the sprawling city below. Situated a bit further down the hill from the fort itself is the Basilica of Santa Cruz, a French colonial addition to the site, which still retains its religious significance as residents of the town make a pilgrimage there on a yearly basis. The striking whitewashed walls of this chapel and its later addition of a Virgin Mary statue-topped tower have been said to be paying homage to the Notre Dame de la Garde, Marseilles. 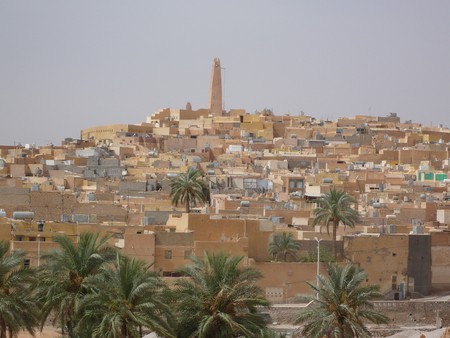 The smooth, clean lines of this stunning example of Berber architecture very clearly demonstrate the diverse range of cultures that have come together to make up Algeria. The town of Ghardaïa, which itself forms part of the culturally intriguing and architecturally perplexing pentapolis located in the M’Zab valley, was founded by the Mozabites, a sect of non-Arabic Muslims, which included Berbers. This cultural, racial, and religious history is made tangible by the presence of this stunning architectural relic. Almost Gaudi-esque in its undulating lines and intricate details, the cartoonish finish makes it hard to believe that photos of it actually are photos and not animations.