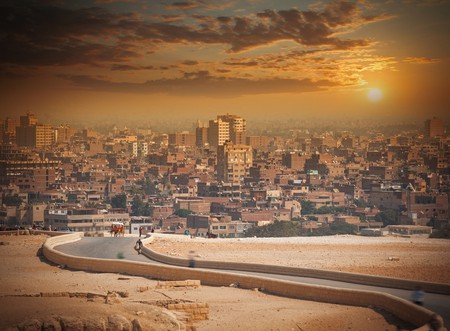 The Algerian author’s dystopian novel, winner of the prestigious Grand Prix de l’Académie Française in 2015, was finally published in English last week. As with 1984, its avowed and obvious inspiration, this book is written chiefly as a warning against totalitarianism. Unlike 1984, however, it sees such a state as rooted not in political ideology, but in religion.

There is without doubt a malign pleasure to be had in reading dystopian fiction, and I suspect the pleasure is just as great, if not greater, for the one writing it. After all, a certain surreal silliness is something of a defining feature in the best of them—is there anything more ridiculous than the claims that “War is Peace / Freedom is Slavery / Ignorance is Strength”? Vladimir Nabokov too, in his totalitarian spoof Bend Sinister, could not help but insert a satirical bent to the novel, going so far as to interrupt its tragic proceedings with, well, himself: “Nothing on earth really matters, there is nothing to fear, and death is but a question of style, a mere literary device, a musical resolution.”

In Boualem Sansal’s case, the authorial grin is betrayed by an occasional remark, usually worded with the understated, biting sarcasm so typical of French humor. It’s found in a religious dictate phrased as if to replace pious grandiloquence with beauf vulgarity (“il en cuira à celui qui ruse et se dérobe,” which loses some of its verve in the translation, “he who attempts to hide or be clever will rue the day”). Or in the dismissal of a deep, thoughtful page-long musing on language and etymology as just a “passing reflection.” A caustic “warning” even reminds us, before the story starts, to “sleep soundly, good people, everything is sheer falsehood, and the rest is under control.” A good writer never loses sight of the human comedy. 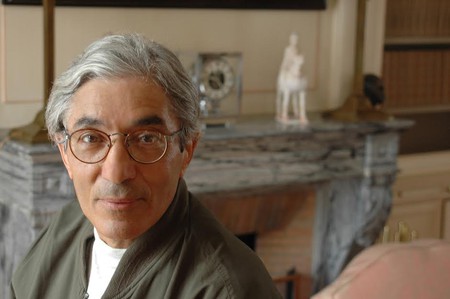 And to be fair, the world of 2084 is, for all its horror, quite absurd. Its inhabitants live in Abistan, an immense state founded on the ruins and deserts of past nations, apparently stretching from the Himalayas to North Africa. Then again, such geographical details are difficult to ascertain with any detail: the population, ruled with totalitarian aplomb by theocratic fanatics, is kept under near-total ignorance. There is no past, no future, no ‘outside’; only mythical half-whispered “frontiers” and one date, 2084, known to all as the year of Abistan’s creation. Or something of the sort.

“Yölah is great, and Abi is his faithful Delegate.” So the ruling religion tells us, a final perversion of Islam which demands and—more surprisingly—achieves its adherents’ absolute submission. The power of its apparatus lies in sexual violence, public executions, and endless encouragements to denounce. Social and professional success is defined by monthly examinations of devotion, as well as the outcome of a person’s application for pilgrimage (usually the only way to get a permit to travel outside one’s neighborhood). Though the country is nominally governed by the immortal prophet Abi, it is in fact cynically controlled by a small number of rival families, which operate the many companies that run its otherwise abysmal economy. Meanwhile, of course, life for the vast majority of the population is characterized by poverty, malnutrition and a dismal quotidian existence. What more do you need to know?

Stuck in the middle of all this mess is Ati, recovering from tuberculosis in a mountain sanatorium months away from Qodsabad, his home city and the capital of Abistan. There, teetering on the edge of death, he begins to question what had hitherto seemed indisputable: is the state really infallible? Does Abistan cover the whole world? What is freedom? His recovery eventually sends him on a grand adventure across the desolate country, and towards the dark realization that his world isn’t all that it should be. 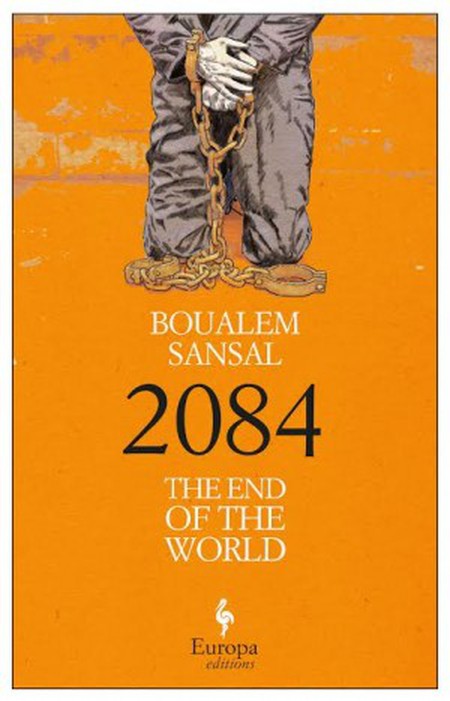 2084 shows, fully, what had cautiously been argued in a few other works. Namely, that a totalitarian ideology is by definition religious, and that religions all contain the seeds of totalitarianism. Whatever the particular directing ‘truth,’ for both these systems the espoused doctrines are made to be the sole directors of society. Their endgame, as Christopher Hitchens once said, is to ensure that “everything not compulsory is forbidden, and everything not forbidden is [made] compulsory.”

In Sansal’s Abistan, the regime “realized early on that it was hypocrisy that made the perfect believer, not faith”—that is, obedience is guaranteed through constant lip-service “maintained by omnipresent terror.” Hypocrisy stands at the heart of both totalitarian and religious dogmas, and at the heart of Abistan.

Whether or not 2084’s particular future is ours as well remains to be seen, although Sansal’s opinion is quite clear on the matter. This is what he said during an appearance on French television:

“If we look at the situation in the Arab world today, in many Arab countries like Iraq, Syria, Libya, etcetera… they are already in this [2084’s] universe. Others are heading there: the entire Arabic [sic] peninsula is on its way, its current situation cannot last indefinitely; the zionist stretch is surrounded and in a difficult political situation, it too will end up collapsing. And so on—even in the West…”