‘Algeria Is Beautiful Like America’ by Olivia Burton, a Familial and Colonial Legacy 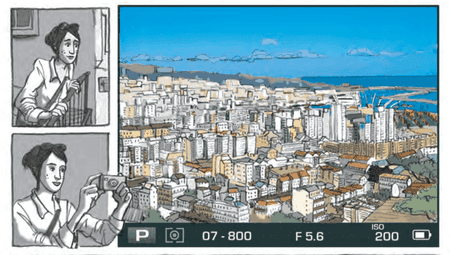 Olivia Burton’s graphic novel memoir digs into her family’s history as colonizers in Algeria and what that legacy means for her own life.

Burton’s memoir is both a story of her personal history and also a history of the relationship between France and Algeria. Her family is Pied-Noir, or Black Foot, a label for French people born in Africa. While the origins of the term are disputed, Burton experiences the identity to be laden with complications she never understood as a child. In Algeria is Beautiful Like America, Burton travels to Algeria to discover for herself what her family history means. 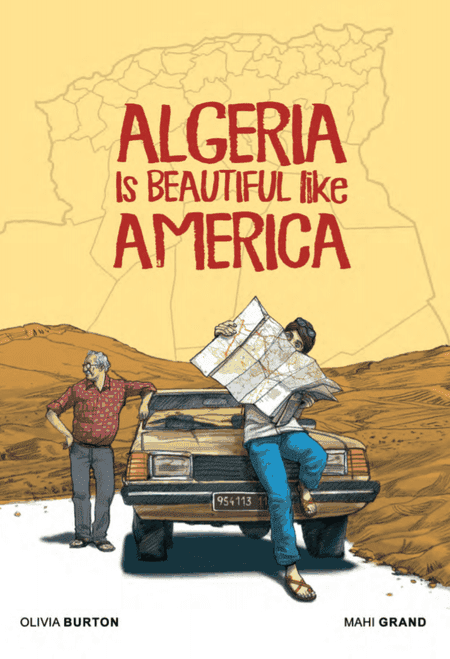 A personal and international history

In childhood, Burton listened with rapt attention to her parents’ stories of the country they were forced to leave. She was ignorant to her parents’ racism but does not shy away from demonstrating it on the page. Through her eyes, readers slowly come to add nuance to their understandings of the French occupation of Algeria.

The arc of Algeria is Beautiful Like America is framed around Burton’s trip to Algeria as an adult. Despite the protests of her family, Burton’s focus remains on a quest to discover Algeria for herself by tracing her family’s footsteps. This journey pushes the author to reexamine her family stories and the narrative of French occupation in Algeria. Burton approaches her subjects with compassion and curiosity as she searches for answers.

While the story begins with glorification of her family’s time in Algeria, as she grows, Burton begins to see how other French people see the role her family played as violent and dangerous. Burton’s storytelling allows all to be true. Her family loved living in Algeria and worked hard to create a home in the country. And the war hurt people on all sides, unable to leave her family without sin. 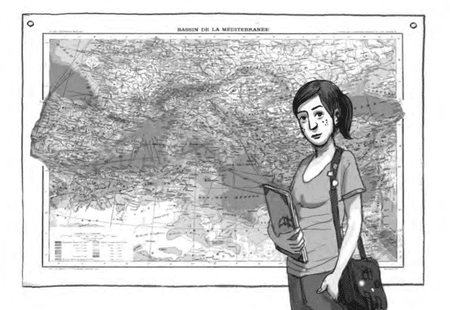 Burton tries to make several connections with the United States, most of which feel more aesthetic than meaningful, as the title suggests. She does point to parallels between the name of the French Black Foot and the indigenous tribe of the same name in America as well as between the geography of rolling hills and expansionist dreams. While this metaphor does, at times, illustrate Burton’s understanding of Algeria, it is not as explored as other aspects of her story.

Originally written in French, the title metaphor was not initially penned with Americans in mind. The story makes short and subtle references to America, but nothing as substation as one might expect. For American readers, this book is also an interesting demonstration of the legacy and mythology of America in the wider world. Algeria is Beautiful like America references a Wild West sense of freedom and possibility, but an opportunity was missed to dig into the legacy of colonialism between the two countries. 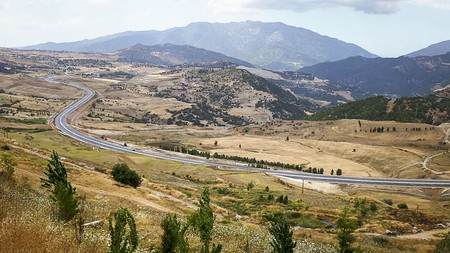 The motorway between Blida and Médéa in Algeria | © Habib Kaki / Flickr

Burton wrestles her travel memoir, her family history, and the history of Algeria with grace, due in large part to her use of the graphic novel format. Algeria is Beautiful Like America is illustrated by Mahi Grand. In a single page, Grand is able to move between modes, allowing readers to flow through Bolton’s story along with her.

The story is predominately told in black and white. Color is used sparsely, only seen in the photographs Burton takes of her journey. The photographs focus on landscape, something Burton notes was missing from the collection of family photos from her childhood, while the illustrations create a feeling of sitting witness to an oral history. 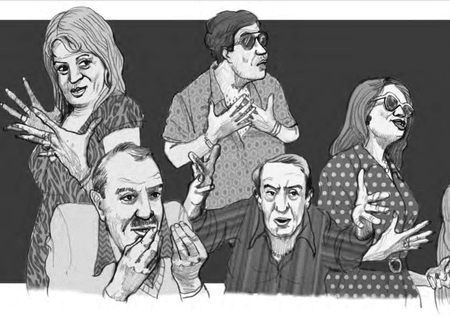 Algeria is Beautiful Like America is an insightful graphic novel about a woman’s exploration of her legacy. The book holds space for both criticisms of the Algerian War and Burton’s grandparents mourning of a lost home, and the story is ultimately hopeful for the future of both the Black Foot who have returned to France and the country of Algeria.